Big Mike in the Big City 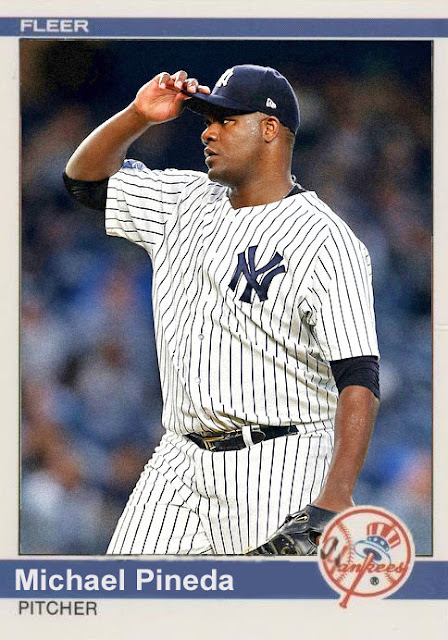 In a season where the Yankees have captured the attention of the league, it's only fitting that they use a pitcher capable of leading them further. And while CC Sabathia has been good enough, and still works in that leadership-type role...Michael Pineda is having a heck of a season so far.

This is a guy who we were all worried about 5 years ago, and took some time to recover and get his arm back...and once he got back to business and took some starts in the Bronx, his career blew up in the best way possible. He hasn't especially been perfect, and he's been more of a strikeout supplier than an all-around pitcher, but he's been fantastic so far this year, with a low ERA, high strikeouts, and the same ferocity he's been dealing on a larger scale.

Pineda's not alone- Luis Severino, who lost control last season, is back in amazing form, throwing beautifully and keeping people down. Jordan Montgomery's having a great rookie season, and CC Sabathia, while not perfect, is still doing well enough. Yes, we're all puzzled by how many runs Masahiro Tanaka has been giving up, but we're pulling for a turnaround. Besides, there enough power in the rotation AND the bullpen that we're doing pretty well right now. For a Yankee team in the post-09 era to have a consistently great rotation is a pretty great miracle.

I'll just have to hope for the miracles to keep coming in the Bronx. This team is so much fun to watch.