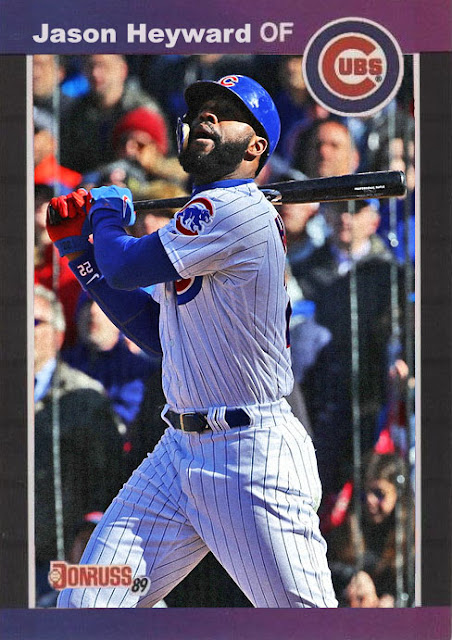 I feel bad for Jason Heyward, to be honest.

Last season his team won the World Series, and after a while all he could do was just be on 'moral support duty'. Now, he's actually doing well in a Cubs uniform, and the team lands at exactly .500, games below the first place Brewers. Can't catch a break, poor guy.

The Cubs do have a lot going for them this year, but they aren't as ironclad and perfect as they were in 2016...or even in 2015. The flaws are becoming clear, and it's mainly due to people not being as good as they were last year. Jake Arrieta, Ben Zobrist, Kyle Schwarber, John Lackey, Addison Russell...they're all bringing up disappointing offerings to follow incredible 2016 seasons. Plus, the Brewers have the momentum they should be having, and are speeding along with it.

It's sad, because Jason Heyward, Kris Bryant and EDDIE BUTLER are all having really nice seasons. This isn't a bad team, they're just having a bad month. They need to sort out their problems and figure out if they have what it takes to get back into first. It's very sad to see a Cubs team like this look human, but this is sadly what 2017 is giving them, and they need to saddle up.

Coming Tonight: One of the best-hitting 2nd-basemen of all time?
Posted by Jordan at 11:00 AM
Labels: Cubs, Custom Cards, Jason Heyward