What IS Working in Miami? 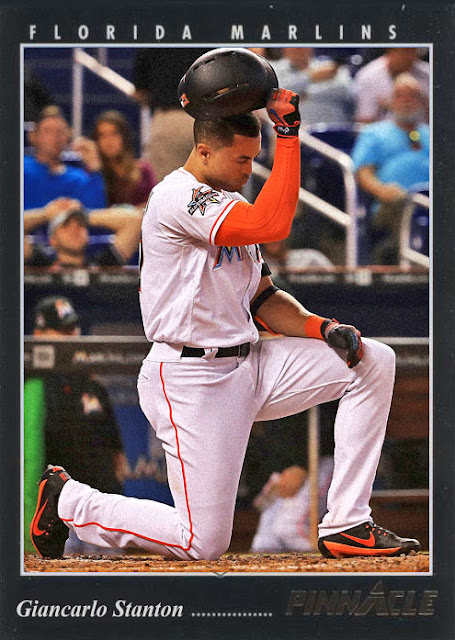 It's gotta be tough. Winning the best of the April matches, then falling completely limp in May. That's gotta suck, especially for all the guys who thought they'd be chasing the Nationals this season.

Yes, the Marlins managed to win against the Phillies last night, but...let's be honest, pretty much anybody can do that. And the Marlins actually have a ton of talent left- Marcell Ozuna, Justin Bour, Giancarlo Stanton, J.T. Realmuto, Christian Yelich. All of them are playing really well, and hitting their worth.

It's everything else that's doing them in.

Thanks to some injuries, their bench isn't working for shit, with even Ichiro Suzuki having a lackluster season. The pitching is...scary-looking, quite frankly. Dan Straily's doing pretty well, but Edinson Volquez is 0-7. Everyone else that could potentially give good starts is injured. They're trying EVERYTHING to figure out how to fill the starting rotation, giving relievers like Jose Urena a shot, and EVEN SIGNING VANCE WORLEY! Someone actually signed Vance Worley. This makes me happy, even if he's not doing too great.

With the exception of the bulk of the lineup, the Marlins are falling apart, and it's pretty sad. Any other season, with a better hand, and better luck, they'd be able to chase the Nats. But they're stuck in 4th behind the Braves. It's gotta suck.