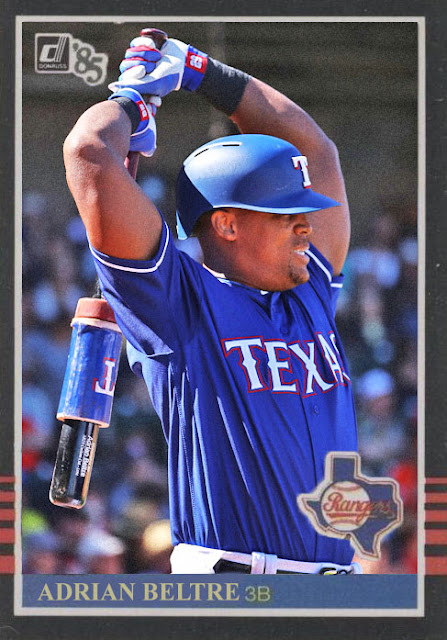 (Music Pun #2. Yes, I am planning on keeping this going, though I'll try to pick from happier albums)

On the outside, the Rangers look basically the same. Adrian Beltre's having another nice season, Nomar Mazara's hitting for average, Joey Gallo's already hit 20+ strikeouts. But on the inside, there's a lot in disarray. A ton of crucial pieces have gotten injured, including Elvis Andrus and Rougned Odor, and the pitching staff is almost completely falling apart, with Matt Moore and Martin Perez limping along, and Cole Hamels and Mike Minor trying to stay afloat with high ERAs.

Literally the only good thing to say about this season for the Rangers is that Bartolo Colon is doing incredible things in the rotation, taking a perfect game into the eighth inning the other day, and immersing himself into his world-famous Dominican Mystery Cream that shaves ten years off of his pitching arm. He's literally the only reason to watch Rangers games, and he only shows up every 5 or so days. And even so, if he's up against somebody like Shohei Ohtani or Justin Verlander, you know which way it's gonna go. He may be Bartolo Colon, but he's not Superman (he's more like the Hulk).

Not sure about the turnaround here, as the Rangers, while healthy, have more to write home about than the A's, but the A's do have the better pitching staff, as well as a better number of people on the lineup who are hitting well, so maybe the Rangers are destined for last? It's kind of sad to see another Adrian Beltre squad fall apart, but...seeing as the fellow already is destined for Cooperstown, I don't really feel AS bad...

Coming Tonight: An outfielder for a team that, contextually, should not be in first place, but definitely is, and is definitely earning the distinction.
Posted by Jordan at 1:07 PM
Labels: Adrian Beltre, Bartolo Colon, Custom Cards, Rangers