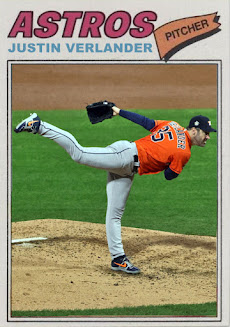 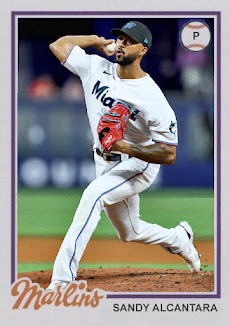 Overall, pretty predictable Cy Young winners this year. Alcantara I saw coming since, like, June, and JV I figured would be a lock considering that other candidates, like Alex Manoah and Nestor Cortes, lacked a strong enough case. Once again, I would have gone with a completely different Astro, that being Framber Valdez, who had a 28-game-long quality starts streak that apparently means nothing to most sportswriters. But hey, JV will be going into the Hall with 3 Cy Young awards, 2 World Series rings and an MVP, and that is more than a lot of all-timer pitchers can say. Nolan Ryan didn't even win a Cy Young.

However, these awards have made these two pitchers very hot commodities in the now-accelerating offseason market. Verlander is using this win to justify himself as a talent worthy of a Scherzer-in-New-York sized contract. There are a few problems with that. Chiefly, teams are already looking to give a contract of that magnitude to someone like Jacob deGrom. Also, Scherzer is a little younger than Verlander, and had enough to justify a multi-year deal. Verlander is 40. That he squeaked out one last peak season at that age is miraculous enough. Asking for multiple at this rate, especially considering that Verlander isn't juicing, could be asking for quite a bit.

I think Verlander just wants the payday, because he's gotten very small deals in the last few years because he hasn't been a sure long-term bet. But...this isn't the age he should be asking for a sure bet contract. A lot of pitchers in his corner, like Wainwright, Kershaw and Greinke, are just asking for 1-year deals. Yes, Verlander is a monster talent, but he's also at the point where he's resting on his own mythology and doesn't NEED anymore big seasons to prove himself.

Besides, he's got a beautiful wife at home and enough career achievements, so there's no reason that Brady should really want to go out there for anything else.

I mean...I mean Verlander. Didn't I say Verlander? What'd I say? Oh. Well can you blame me?

Look, don't be surprised if JV suits up for a few more years, and in the midst of the contract Kate Upton starts dating somebody else. Verlander can leave the table now, or he could re-up for one more year in Houston and leave with dignity, or he could do something crazy and gamble on an arm that was lucky enough to give him one last great season at 39.

Then you have Alcantara. On one hand, he is locked up for another few years in Miami, and the fans there love him and don't want him to leave. On the other hand, that didn't stop Miami from dealing Stanton or any of their other contracted stars. Yes, this is a post-Jeter Marlins, and Kim Ng is a bit more calculated than her predecessors, but there is still the idea that Alcantara could get dealt to a competitor at any second, especially considering that he just won a Cy Young. Somebody like LA or Houston or New York could take on that contract and boost their playoff cases in seconds. Will it happen? Who knows. But a win like this has allowed it to be more possible.

Now, if Alcantara didn't just sign this contract before this season, I'd be less skeptical that something could happen. But I also know how the MLB works, and I know that the Marlins don't plan on being a major contender again for a few years. So Alcantara could go somewhere, even if it's just as likely that he stays in Miami and breaks loose somewhere thereafter.

Tomorrow night we see the MVPs. I have an idea of how this is going to go. Two guys who have very famously been within inches of an MVP before might be getting theirs tomorrow night. If not, we riot.