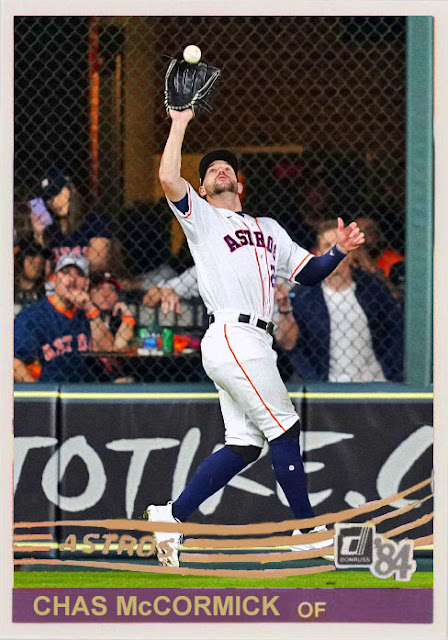 Given the circumstances, this could have been a ton worse, but, ultimately, not what we wanted.

At the very least, Game 5 proved that the Phillies can chase this team, intimidate this team, load bases, and FINALLY do something against the bullpen. We are still stranding way too many players in scoring position, and at times the Astros' defense was just too much for us to really contend with [both Mancini and McCormick made incredible plays tonight]. It was nice to see Schwarber deck one off of Verlander, and Segura have the hero moment he'd been waiting for this Series, but the small-ball the Astros have been playing lately got the better of us, and despite the close game all throughout, it couldn't get done tonight.

And now...the Phillies go back to Houston...to have to try to beat Framber Valdez in order to stay alive.

Folks...this was nice while it lasted.

This entire series, I've kept my expectations low, and I've reaped the benefits. The one moment my expectations raised, which was after that Game 3 masterclass, that was when things went south for this team. The moment I actually believed in these Phillies was the moment they let me down. And tonight, I still expected them to do something big and they couldn't, at least not entirely.

So...in order for the Phillies to prevent an embarrassing, 2004 Super Bowl-esque loss to Houston...I have to keep my expectations low again. And I have to expect that Valdez is gonna make quick work of this team.

But maybe they'll figure him out. Maybe Wheeler will be on. Maybe somebody'll have a big night out of nowhere. Maybe something inexplicable will happen to keep the Phillies alive. I just...can't count on it.

It's been wonderful seeing this team in the World Series. I never thought it'd happen again, or this soon, and it may not happen for years considering the revolving door that is this playoff format. It's been fun, and it's been worth it just to have postseason baseball in my area again. No matter what happens next, I've enjoyed it.

For now, though...I'll just expect disappointment. Cause who knows what'll happen once I do?