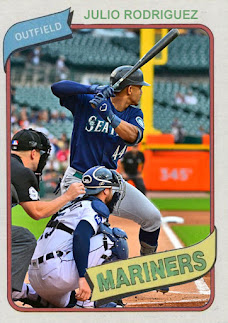 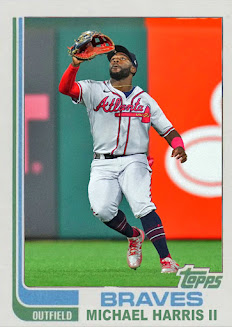 For the first time in a few years, I called both Rookies of the Year. Now, I do think the AL race should have had more room for Jeremy Pena, but an Astro not winning that award was a very good outcome. J-Rod seemed like the favorite, and Harris had the better season compared to Strider. So I can say, with certainty, that these were the two best rookies of the year, and that they did their jobs well.

You remember Kyle Lewis, right? Lewis burst onto the scene in Seattle with 6 home runs in his first 18 games, then won a Rookie of the Year the following season with 11 homers in the strike-shortened 2020 season. Okay, great, the Mariners have a centerfielder with staying power that wins Rookie of the Year, fantastic. Lewis has played 54 games since winning that award, and has only hit 8 home runs in that period.

And now, all of the sudden, the Mariners have a centerfielder with staying power that wins Rookie of the Year. And this one looks even better than Lewis, and people are already proclaiming J-Rod king of Seattle.

So...in years past, when teams have had multiple Rookies of the Year in the span of a few years, they've actually gotten to, you know, play alongside each other. Bellinger and Seager. DeGrom and Alonso. Correa and Alvarez. Now Acuna and Harris played on the same outfield. But the Mariners have Kyle Lewis and Julio Rodriguez win ROY within two years of each other, and instead of priming the two of them to play alongside each other, the Mariners see Rodriguez as their starting centerfielder for the next ten years, and...I don't know what they think is gonna happen with Lewis.

Now, you are seeing the Mariners begin to play Lewis in right [when they're not DHing him], and he's been pretty efficient there so far. But...Kyle Lewis has yet to show many sparks of his 2020 glory, and the worry is that 2020 was really all there was to him. And compared to Julio, who already feels like a career hero for the Mariners, that's not a good sign at all. If anything, it speaks to the troubles of the Mariners organization, even if they've built themselves into competitors again. Even if they've constructed this team, they've still overseeded themselves. The dream, I assume, is a J-Rod/Lewis/Kelenic outfield, but the three haven't all been on at the same time, and the Ms are getting worried about the other two.

The Braves having Harris now is a lot easier since Adam Duvall probably isn't coming back, so they can just start Harris, Acuna and Rosario without any real overflow. So I don't see them having the problem the Mariners are having. And if the Ms play their cards right, it may not even be much of a problem. But it's...definitely an interesting statement 2 years after Lewis's win to feel as though he's already been replaced.

I imagine similarly intriguing conversations will come about on Wednesday when someone wins the Cy Young alongside Sandy Alcantara.