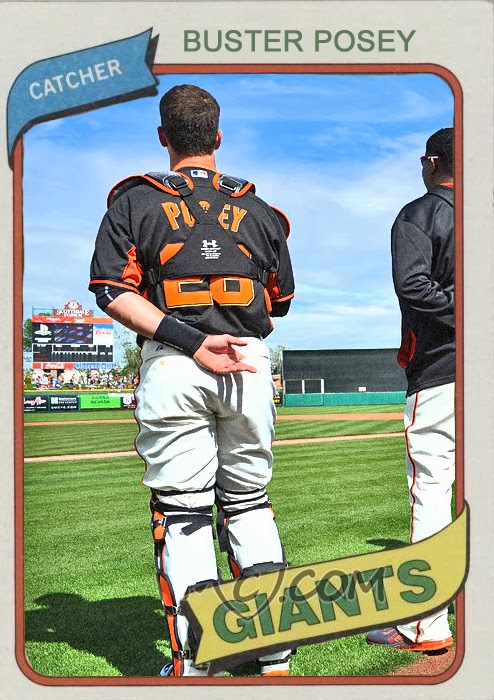 I really, really, really like this shot. I had to monkey with it a little as it was a wider, longer shot than just Posey, but it came out pretty nice.

By the way, if I see any more photos of Posey that are more awesome than this one, I'll just add a variation to this design. If Topps can do it, then I'll do it. Last year I couldn't do too many of these great photos by August because I'd already made everybody. This year there's more control.

Also, my photo source missed a few really important events yesterday. Brian McCann hit a homer. Today Tanaka's making his debut, and they'll probably photograph the shit out of that, but nobody who's been THAT newsworthy to me has gotten photos.

Case in point- tomorrow's is Colorado's replacement for their eventual-Hall-of-Fame first baseman.
Posted by Jordan at 1:49 PM