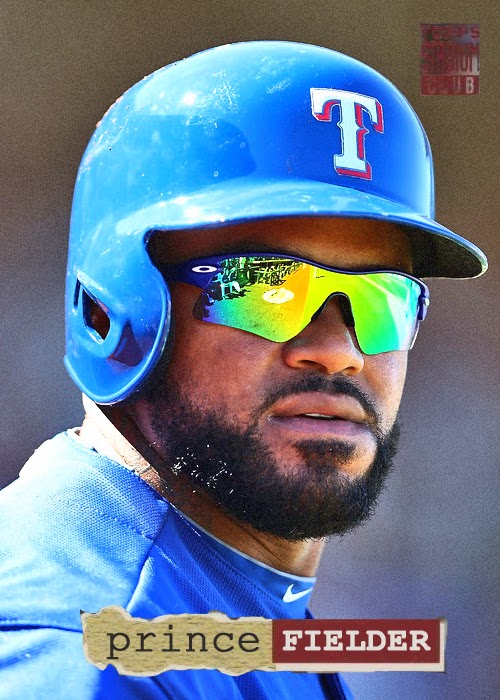 As you read this post, I am currently either en route or arriving in Orlando, Florida, ready to spend a well-earned week of vacation in the Happiest Place on Earth.

Sorry I had to betray you guys like that, but come on! It's Disney! You guys would do the same thing!

Anyways, while I'm busy going on Space Mountain as many times as humanly possible, you'll have to deal with these preprogrammed customs from Monday.

This one, thankfully, is a generally big star. Nobody in their right minds thought that Prince Fielder would end up in Arlington. There just seems like there's something, very, very off about that photo. He's too awesome to be wearing that uniform.

But, I guess he is. And I guess he'll be the token 'really good hitter' for the Rangers this year. Which isn't the worst thing in the world, since it's still Prince Fielder. Really fun player no matter what team he's on. But...it just takes the sting out of things if he's for a team I don't particularly love.

I'll learn to deal. He better not be really good against my team though.

Coming Tomorrow- Former San Diego standout, current first baseman on the defending NL West champs. Hell of an incline if you ask me.
Posted by Jordan at 2:30 PM