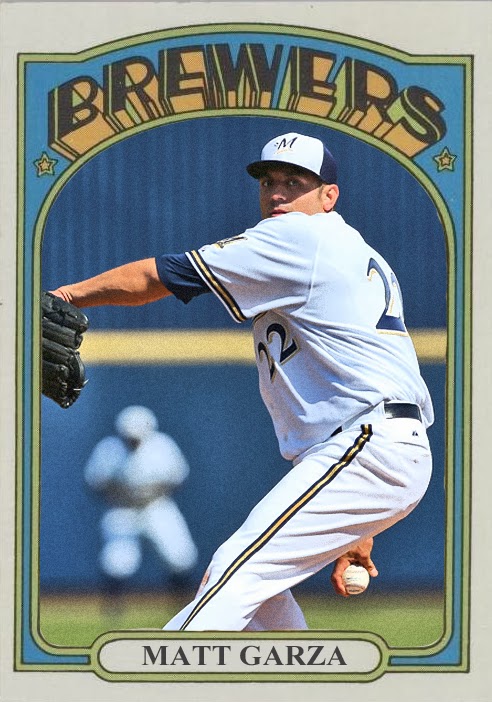 Another odd choice. If I had more options, I'd take them. Such is Spring Training season.

Garza hasn't had a stellar season since he was in Tampa, but I think people appreciate him simply because he does well for the circumstances. Garza pitched a few good seasons for the Cubs, and people respected him for it, even if he wasn't amazing. He was in Arlington last year, and people still respected him, because Holland and Harrison were both out.

This year, I don't know if he's gonna have a great season, because he set himself up for doom by signing with a middling team like Milwaukee. I mean, they might have a good season, they might not. I have no idea. But if they're expecting him to be the ace, they might not get one right away.

I'd have better things to say if I had photos from a bigger star.