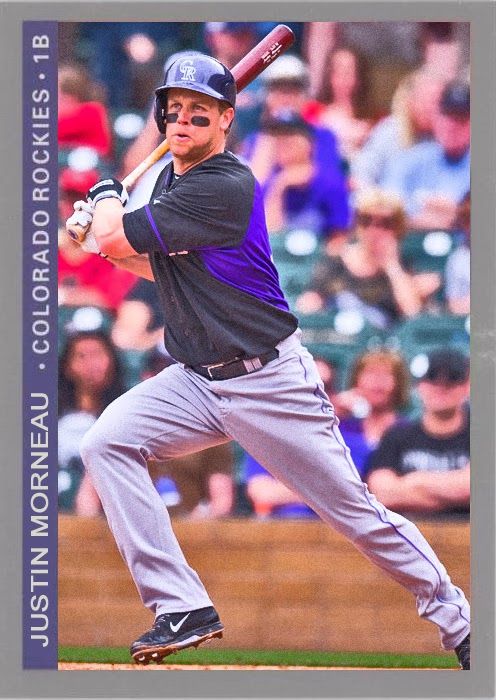 Another odd choice for the first week of customs, but it's all I'm getting.

Morneau will be playing first base in Colorado this year. This is rare for people who are not named Todd Helton. But, as people grow old, I guess it makes sense to replace them with washed-up, injury-addled former MVPs.

Morneau could have a better season, but he's way out from his mid-2000's era of being the awesome All Star 1st baseman every year. Y'now, unless he pulls a Beltran and becomes amazing this year. If this happens, expect me to make fun of this later in the year when it's wrong.

Still, for replacing Todd Helton, Morneau isn't the best choice, but he's better than someone that's entirely new to the game. In other words, it's a better choice than David Robertson.

Coming Tomorrow- Just some kid my team picked up from Japan.
Posted by Jordan at 9:31 PM