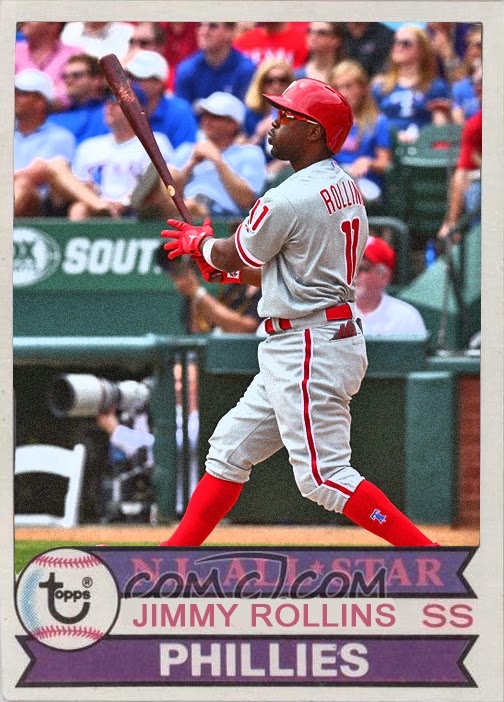 As a Phillies fan, I tend to forget how...good Jimmy Rollins is, in the grand scheme of things. He's been in Philly for a good fifteen years, playing shortstop consistently for most of his time, and basically becoming the Cal Ripken of the NL. Today was a hell of a milestone for him, as he made his 14th career Opening Day start for one team, which is pretty rare, especially for a shortstop.

However, he's simmered down a lot since he won the MVP back in 2007. Like, he just hasn't been the 'omnipresent, mega-ultra shortstop' that he was back in the early part of the 2000's. Maybe it's the fact that there have been younger, faster players that have come up, like Hanley Ramirez, and have beaten him at his own game at shortstop. But honestly, I don't care.

I'm still gonna root for J-Rol, because he's a Phillie. He may have another 'blah' season, and that'll be fine. I'm just happy that he's still going for us. That's enough.

I'm gonna try to get back to posting regularly. I hope I can keep doing this now.

Coming Tomorrow- I have a lot of options. Likely a lovable Giants third baseman in need of a comeback season.
Posted by Jordan at 9:17 PM
Labels: Custom Cards, Jimmy Rollins, Phillies