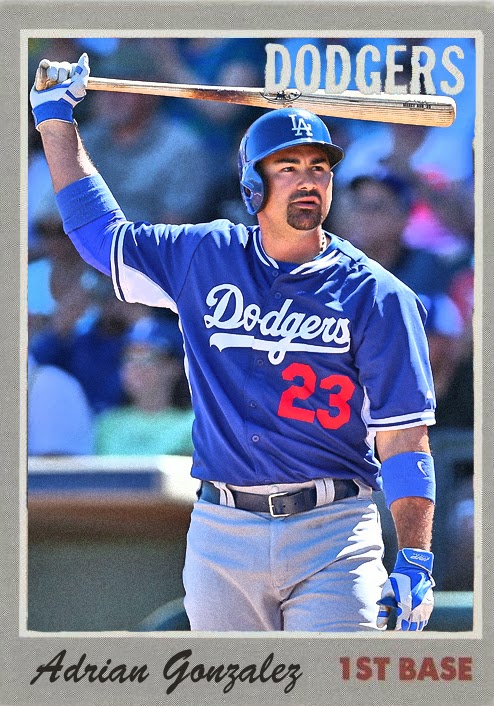 Man, I am just doing beautifully with these customs. One beauty after another.

Adrian has just been having some really good luck really. A major season in 2011, a trade from a crappy squad in 2012, an incredible season in 2013. Things just keep getting better and better for this guy, which he deserves, after being stuck on middling teams for a good decade or so.

I have no idea if the Dodgers will repeat, though I really, really hope they do. They're a fun little team, and they're great to root for, especially with players like Adrian. Maybe he'll have another fantastic season. You never know.