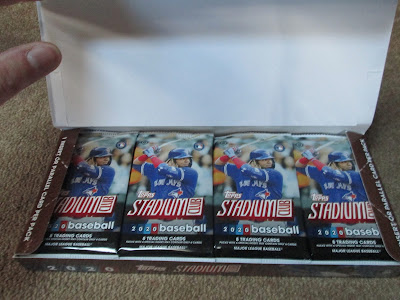 Yesterday, I left you all with the first half of this Stadium Club hobby box, an insanely-rarely seeded Jeff Bagwell insert parallel, and the promise of even more insane crap coming. Well, I'll say that I can confirm that the Bagwell gets topped, and that we haven't even hit any of our promised 2 autographs yet. I cannot stress enough that this box completely outdid any odds. 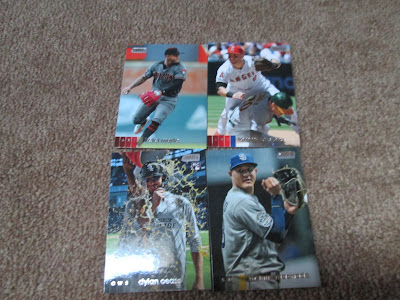 Pack 9- Insanely good vertical shots. La Stella's is in just the right moment. Cease's captures the post-game exaltation perfectly. Machado's I pulled the parallel of last time but not the base. 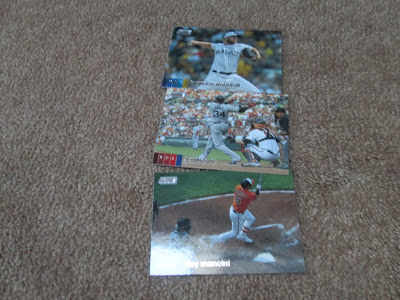 Awesome horizontals. Woodruff's is a great throwback, Ortiz's is a CLASSIC Big Papi swing, and Mancini's is needed as a reminder that Mancini would have missed the season anyway, and we're proud of him. Our insert is, well, THE ONE to get, a Power Zone of Mike Trout. Can't really complain about pulling a Trout insert, these pull some bucks online I reckon. 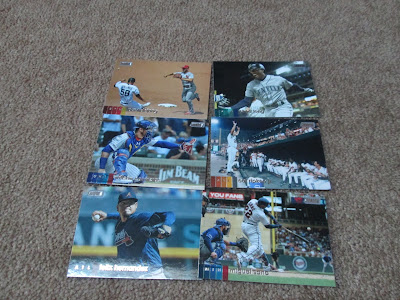 Pack 10- EVERY LAST BASE CARD IN THIS PACK WAS A LANDSCAPE. And they're all awesome. Even comparatively simple ones like the DeJong and Sano. Hernandez' looks good because it's a rare shot of King Felix in Atlanta, Contreras' is a great landscape catching shot, Shed Long's is so happy, and that Cal is a pretty damn iconic wide shot. Good stuff. 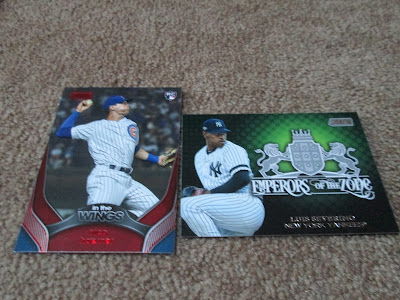 Here is where the double-takes began.
First of all, awesome to pull an Emperors of the Zone insert of Luis Severino, hope he gets healthy eventually.
The other one...that's an In the Wings red parallel of Nico Hoerner of the Cubs. Remember, the In the Wings inserts are only supposed to be one for hobby box. A red In the Wings falls 1:256, which means we have ANOTHER case hit.
And for shits and giggles, the odds of pulling both a red In the Wings parallel and an orange Power Zone parallel is 1:289,536.
FOLKS...IT GETS BETTER. GIVE ME TIME. 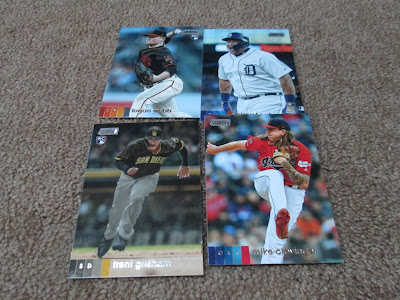 Pack 11- Standard shots, a few of these landed in the retail box. 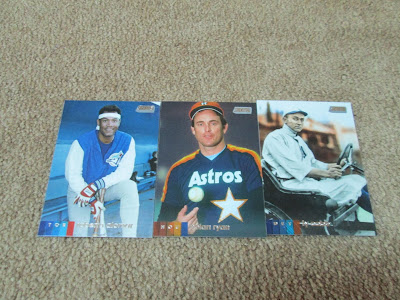 These three are EXCELLENT shots of Hall of Famers. The Alomar has so much class to it. Also, Ty Cobb in a golf cart. How crazy is that?? 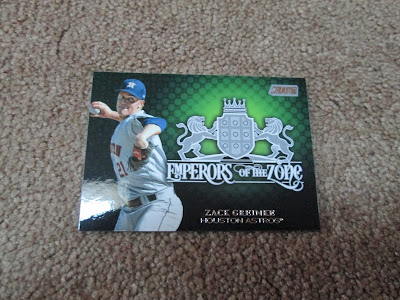 Our second consecutive Emperors of the Zone is of future HOFer Zack Greinke, still pounding them out in Houston. 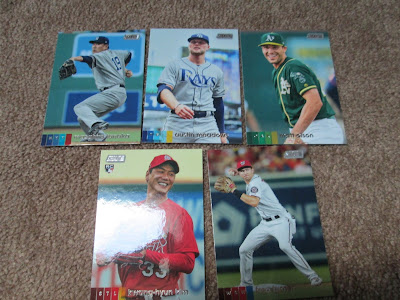 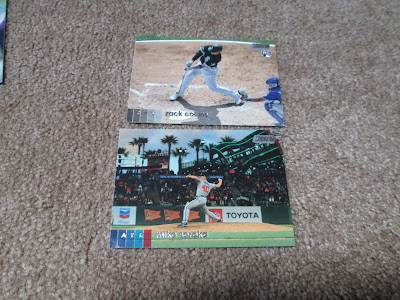 These ones are awesome. Yes, one is the requisite Zack Collins, but that Mike Soroka one, with a full view of Oracle Park, is definitely a top-tier one. 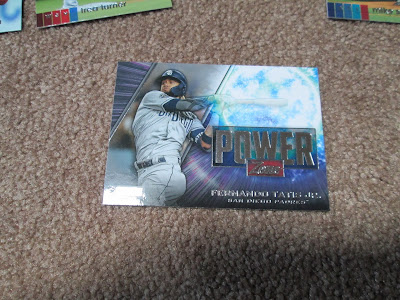 This Fernando Tatis Power Zone is, would you believe it, a dupe from the retail box. Oh well. 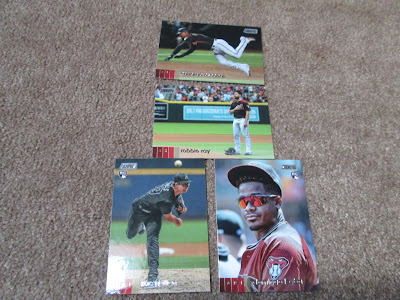 Pack 13- HALF THIS PACK WAS MADE UP OF DIAMONDBACKS. Not just good ones like Robbie Ray and Zac Gallen, but inconsequential ones like Domingo Leyba. 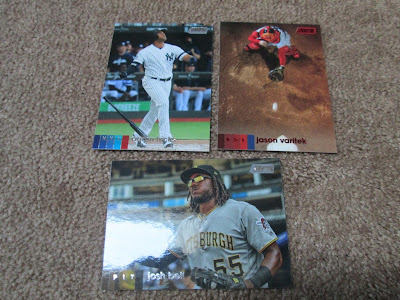 Yeah, these are much more dynamic photos. Hicksie's bat flip. Varitek behind the plate. Josh Bell running out. This is Stadium Club. 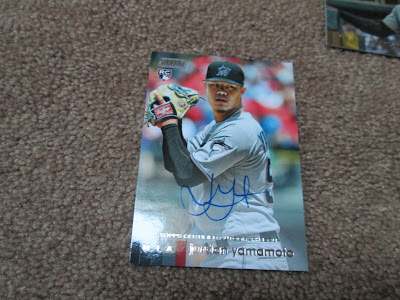 Oh yeah, we've reached our first hit. It's weird to say considering we've had two CASE HITS, but this is a regular hit, a Jordan Yamamoto on-card base auto, which is not...bad. Yamamoto had a strong rookie debut in 2019, but his case for startership took a hit this year with two disastrous starts followed by a demotion. I sincerely hope he pulls it together in 2021, as this is a pretty good auto, and it's a player I've heard of. Just...not as good as the other auto from this box. 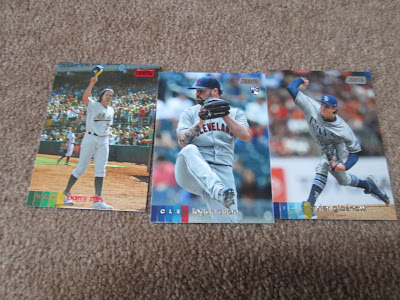 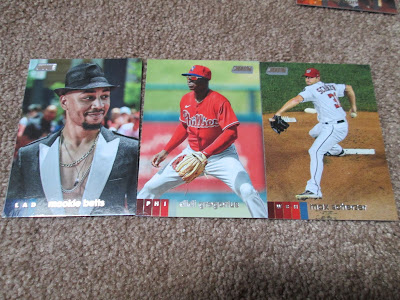 The Mookie is not new to me, but I love it. Same with the Scherz. The Didi is welcome, and very new, and I'm glad I pulled it considering he's probably not returning to Philly. 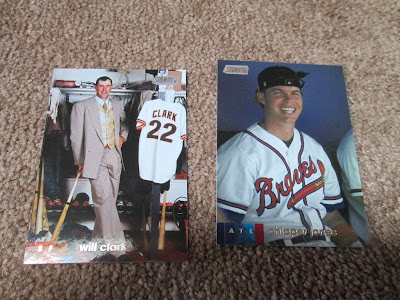 Legends. The Clark is a fun shot, I just don't collect him. The Chipper is just awesome. 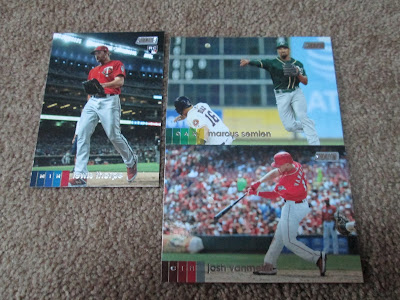 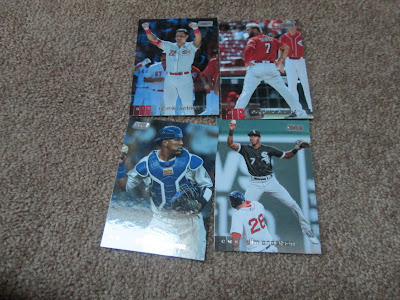 Another showcase for the impressive degree of base photography in this set. Dietrich's is super fun. 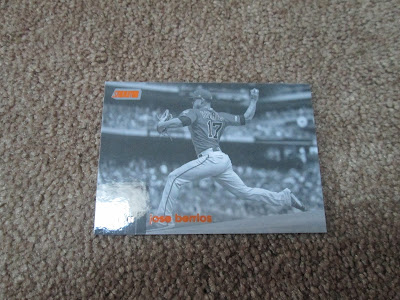 Jose Berrios is my 1:48 black-and-white parallel. Not bad, either. 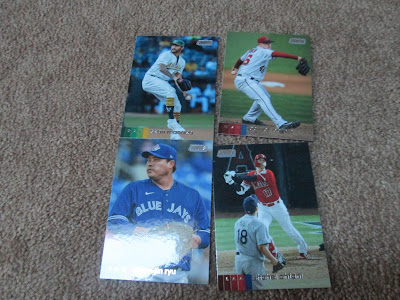 Pack 16- Standard base stuff, even if that Ohtani is impressive. 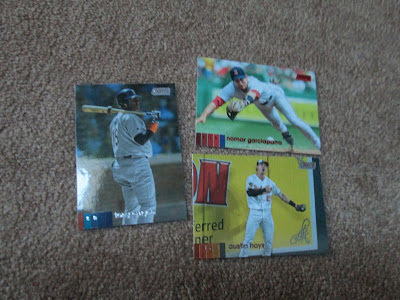 Exemplary base- always good to pull a Gwynn, that Nomar is a great 'moment in time' photo, and I love the energy of the Austin Hays.
And now...the last 'oh my god' hit... 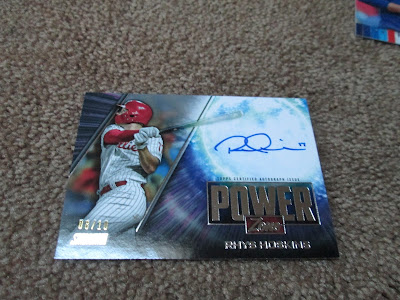 So, let's analyze this. This is:

Whew. YEAH. THIS IS FRIGGIN INCREDIBLE. I genuinely love Rhys Hoskins as a Phillies power hitter, he's on the right track despite some subpar seasons, and this is an auto #'d to 10.
Oh, and...the odds. The odds of pulling a Power Zone autograph out of a pack is 1:8,564. Which means the odds of pulling a Power Zone orange parallel, an In the Wings red parallel, and a Power Zone autograph in the same 16-pack box...is a 1 in 2,479,568,304.
Which means, if I were to say this box was one in a million, I would be lying. This box is one in 2 and a half million.
I am ever-thankful to the sports-card collecting gods for bestowing this box upon me, the funny custom card guy who always pulls shit hits of Cardinals minor leaguers who'll never make it. This box was incredible, made up for the still-good retail box, and gave me better base variety, incredible hits, and some ASTONISHING odds.
So...that's the best box break you're gonna see from me this year. There's no topping this. I'm not even gonna try to.
Posted by Jordan at 5:33 PM