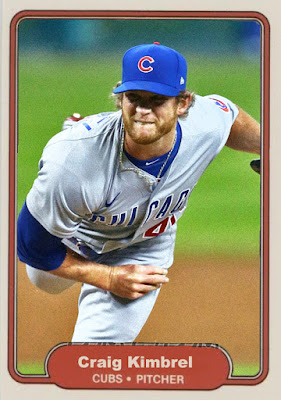 Earlier I presented Cubs customs from the opening lineup day and starting rotation. Here is everyone else, including bullpen pieces.

Craig Kimbrel is obviously not where he was two years ago. Either he never got together after a late start in 2019 or he just isn't right for Chicago. But this was still the second consecutive down year for the closer who was golden for every season from his rookie year until his World Series ring in 2018. He posted a 5.28 ERA, only got 2 saves, and felt merely perfunctory in this improved Cubs bullpen.

2021 Prediction: I really, really hope a 30-save season is in the cards for Kimbrel. If not, he's off this team by June. 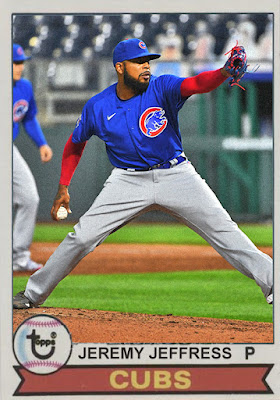 The real star of the 2020 Cubs' bullpen was Jeremy Jeffress, without a doubt. Jeffress, after a down year in Milwaukee last year, came right back to life with 8 saves and a 1.54 ERA, giving him a 1.2 WAR on par with his peak years. Jeffress gave the Cubs some true bullpen power, and a lasting closing piece in the wake of Kimbrel's inefficiency.
2021 Prediction: The Brewers re-sign him and he gets another peak year out of it. 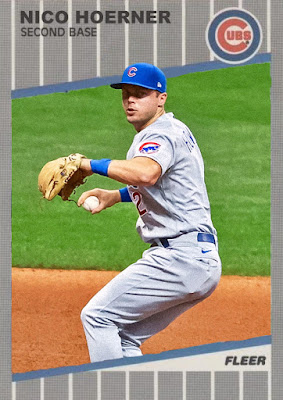 2020 was poised to be a huge rookie year for Nico Hoerner, the double-A prospect who was called upon late in the 2019 season and made the most of it. In response...he gave some double-A numbers in 2020, with a .222 average and 13 RBIs. So, in an inverse of last season, a healthy veteran had to take over 2nd base for him. His numbers did go up in September, but it was too little, too late.
2021 Prediction: If the minor leagues are up and running again, they will help Hoerner condition himself to not have a similar season to 2020. 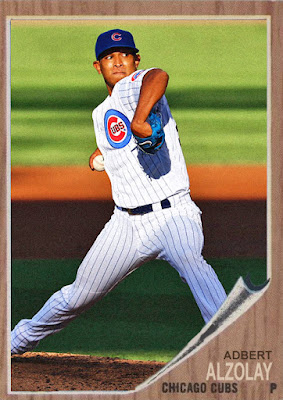 Speaking of people who would have been in the minor leagues in 2020, Adbert Alzolay made some starts in 2020, which was a long time coming for the Cubs minor league prospect. Alzolay did fairly well in his late-season comeup, with a 2.95 ERA in 6 games, including 29 strikeouts. Just the kind of young strength the Cubs needed down the stretch.
2021 Prediction: Huge presence in the Cubs rotation, lots of strikeouts, and 10+ wins. 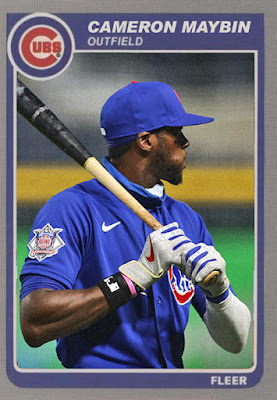 Cameron Maybin has played for nine teams in six seasons. In that time, he has also batted .266 with 204 RBIs, 92 stolen bases and 511 hits. He has been consistent even if his uniform has not. And as good as he was with the Tigers to start the season, it was heartbreaking once the realization hit that he would likely not end the season there. Sure enough, the Cubs trade for him to fill Albert Almora's outfield spot, he'd hit .250 in 19 games with 13 hits and 5 steals. I am genuinely glad Maybin is as reliable as he always was.
2021 Prediction: Why break the streak. Shit, I'm gonna predict the exact ones and be really wrong. He, uh, starts the season with the Pirates and ends the season with the Rays. Even if the teams aren't exactly those ones, the formula stays the same. 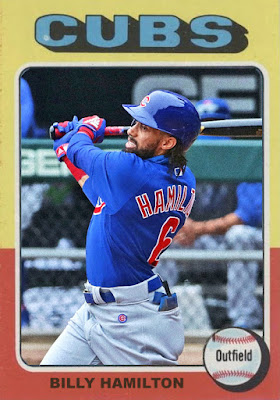 Funnily enough, Billy Hamilton's career is following a similar formula, since he's played for 5 teams [4 really] since 2018 ended. He made camp with the Giants, then COVID happened, he was released and picked up by the Mets where he played some games and didn't get many hits, then he was released again and picked up by the Cubs. The shocking part is that he actually hit pretty well with Chicago, a .300 average in 14 games [used primarily as a defensive substitution, pinch runner or hitter], and he got 3 hits and 3 of his patented stolen bases out of the deal.
2021 Prediction: He gets some stolen bases for SOMEONE next year, I just don't know for whom or whether he hits for average at all.
Coming Up Next: They came into this season with two Martes and Madison Bumgarner, and they left it with only one Marte and barely any Bumgarner.
Posted by Jordan at 5:49 PM
Labels: Adbert Alzolay, Billy Hamilton, Cameron Maybin, Craig Kimbrel, Cubs, Custom Cards, Jeremy Jeffress, Nico Hoerner