A Full Hobby Box Break of 2020 Stadium Club (Part One) 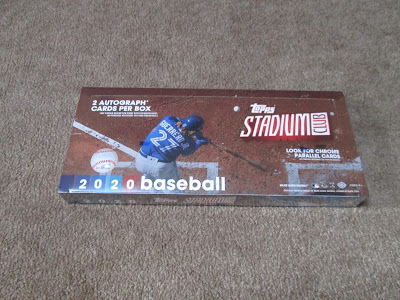 A few months ago I found a box of Stadium Club on Amazon that I could afford, and because cards have boomed in the last year, it was a retail box rather than a hobby box. So while it was a fine break, and while I defeated the odds in a few places, it wasn't a full picture of the set for me, and I didn't really have my usual tradition continued with a hobby box.

With some birthday money, I saw that Dave and Adam's had a box on discount, and I leapt. I wanted the full monty, the Stadium Club experience I'd strived for, complete with two autographs that were likely to belong to two players that I'd never heard of, or a bunch of dupes from the retail box. I didn't care. I've been so deprived of cards this year thanks to my Targets and Wal-Marts never having any product, I wanted just this one experience.

Thankfully, I beat the odds even more than I did with the retail box. So let's dive into the first 8 packs. 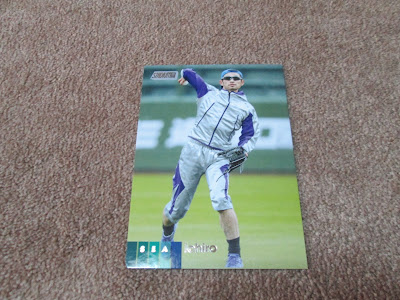 My large-scale box-topper was one of THE ones to get, which is a wonderfully-track-suited Ichiro Suzuki. I'm a big fan of this, and glad this was my mega-card. 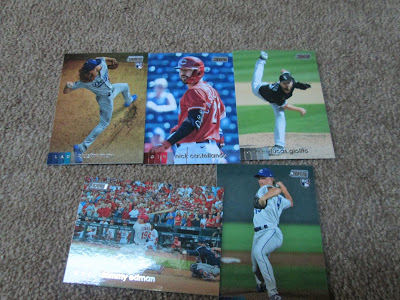 Pack 1- Some standard base stuff I'd either seen before or pulled. That Dustin May one is still awesome. 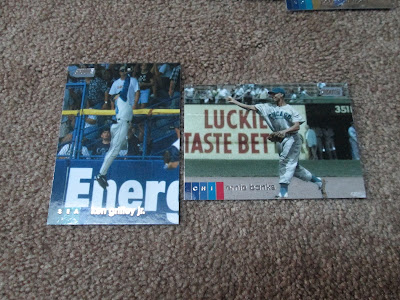 Legends. I still think that Griffey is a Card of the Year candidate. And that Ernie Banks, despite the colorization issue that many collectors have pointed out, is still an awesome, legendary shot. 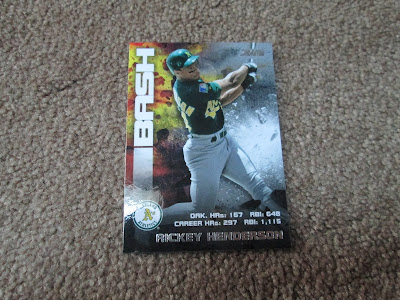 Bash and Burn is not my favorite of this year's SC inserts, but I'm never gonna say no to another Rickey Henderson card. He always works. 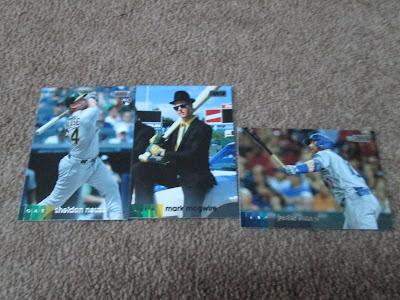 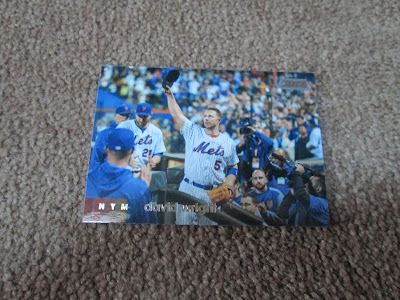 This is one of the best cards in this set, imo. A layered portrait of a moment in time, even if it is a Met. I still respect the hell out of David Wright, and am glad this made it in. 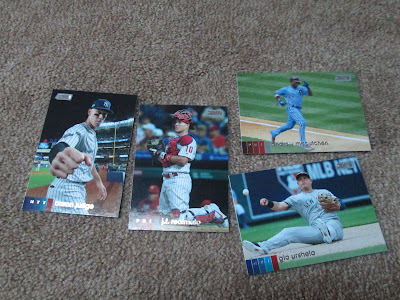 This pack was nice enough to give me 4 new Yankees and Phillies for my collection- the Judge and Realmuto are big ones, so I'm glad I knocked those off. The Gio is a cool shot. And...not only am I happy to pull a Cutch Phils card, but I'm happy it's in a sweet 80s throwback. Happy stuff here. 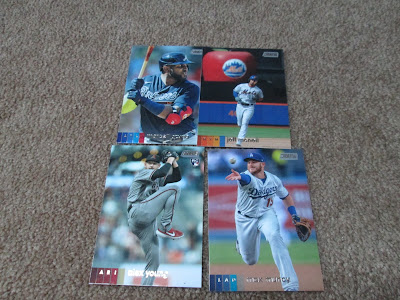 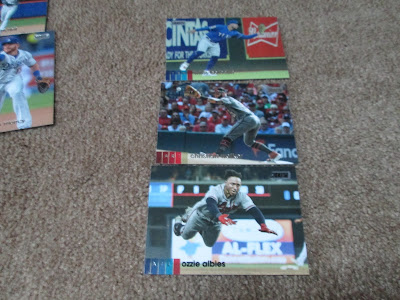 This set has some really good horizontal shots. The Christian Walker might be my favorite, as good as the Albies one is. 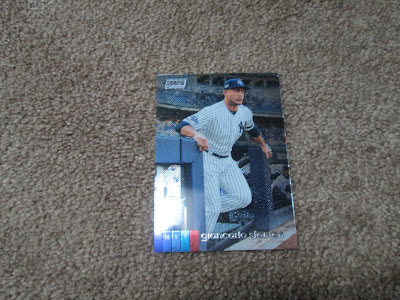 My one-per-box Chrome parallel was, as the theme, a Yankee, and a good one with Giancarlo Stanton at that. 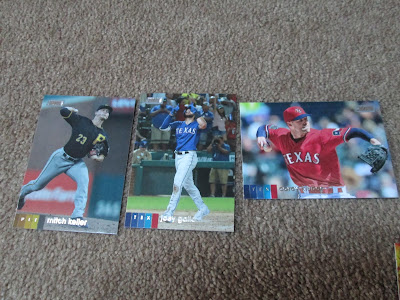 Pack 4- Dupes from the retail box. 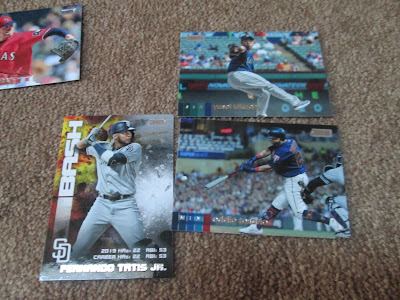 Both the Kikuchi and Rosario horizontals are pretty awesome. As is the second Bash and Burn insert of the ubiquitous Fernando Tatis. 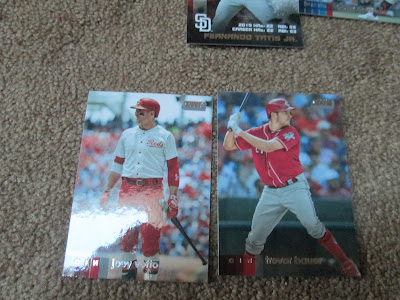 Two fantastic Reds photos. First, a truly legendary throwback for Joey Votto, allowing for just a really cool card. And then you have Cy Young Trevor Bauer at the plate, which is also a rare sight. Just cool as hell. 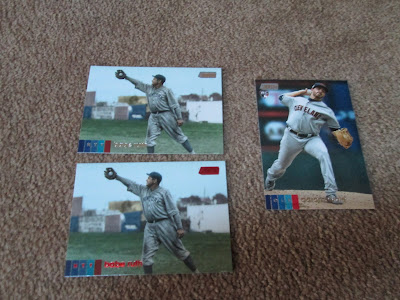 Pack 5- An Indians rookie and both the base and parallel versions of Babe Ruth's base card. 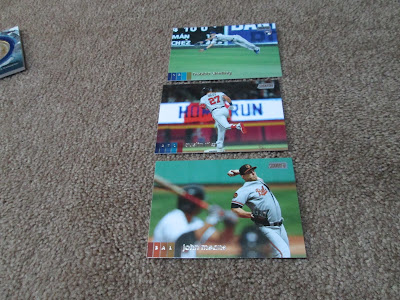 More fantastic horizontals. Bubba Starling's was snapped at the exact right time, Riley's is pretty cool, and I love the sheer awesomeness of John Means's card. 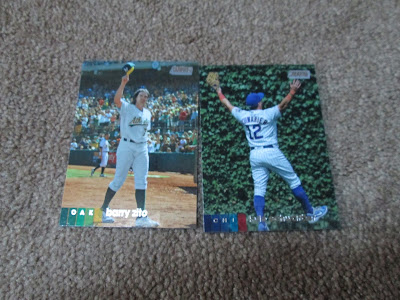 Both of these take the cake for me. Former Masked Singer contestant Barry Zito taking a final bow with the A's [I wonder how his Hall case is gonna go in a month], and Kyle Schwarber saluting the Wrigley ivy. Iconic in different ways. 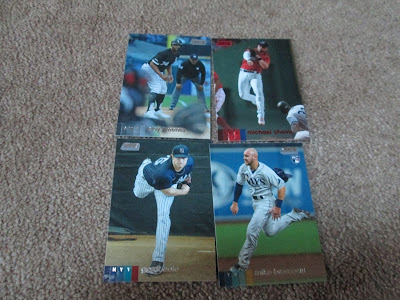 Pack 6- This is how good the photography was in this pack- these four, including awesome shots of Mike Brosseau, Gerrit Cole, Michael Chavis and Eloy Jimenez, were the weakest four for me. 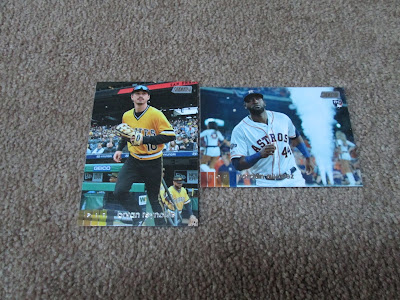 I love both of these. Second years running onto the field pregame. Reynolds and Alvarez look awesome here. 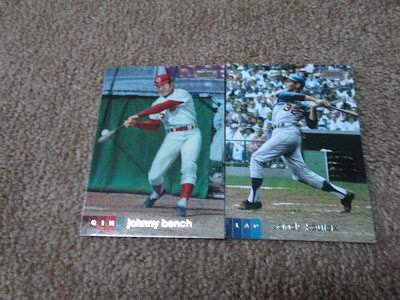 Plus, these two epic Hall of Fame shots did it for me. The angle on Bench is a rare one, and I love that Sandy Koufax is ANOTHER batting pitcher shot. 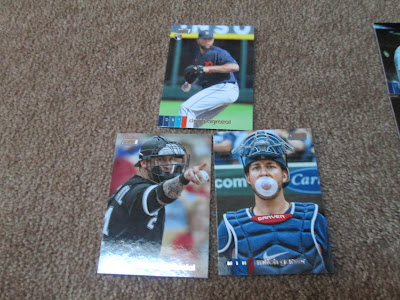 Pack 7- Comparitively standard shots, though Grandal and Garver's ones impressed me. 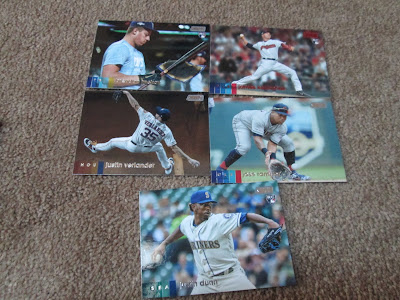 This one was dominated by horizontal base. While Verlander's and Dunn's are the crowd pleasers, I think Brendan McKay's is the underrated, more classic one. There he is, choosing between the glove and the bat, foreshadowing his status as a two-way player. Very subtle. 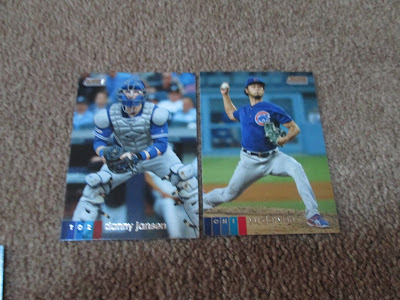 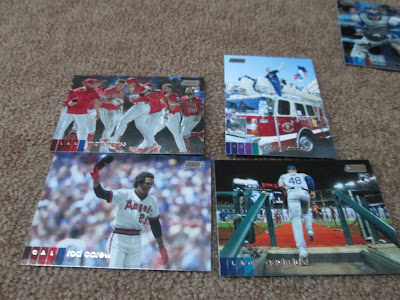 I'd pulled all four of these in the retail box, but they're all still awesome. 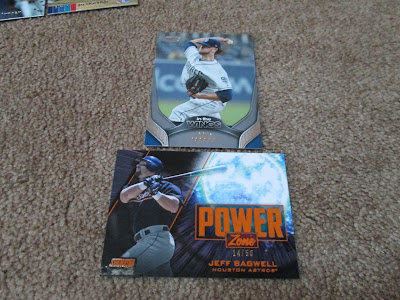 Alright, let's end the first half on some weird luck. Chris Paddack is my In the Wings insert, those fall 1:16, so one per box. I like these, and the way they use foil. Very cool.
Power Zone is one of my other favorite inserts in this set, and mine is a Jeff Bagwell...however, it is an ORANGE PARALLEL numbered to 50. There's a 1:1131 chance of pulling one of those, which means that is a case hit, and an incredible pull of a Hall of Famer.

And yet, as you'll find out tomorrow in the second half, that is not the end of my insane luck in this box. Stay tuned, y'all.