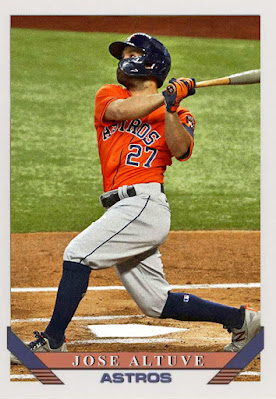 2020 proved that without Jeff Luhnow, A.J. Hinch, the men that helped the Astros cheat, and Gerrit Cole, the man that made the Astros unhittable, the Houston Astros were...still able to advance up until the ALCS.

Obviously the Astros weren't reprimanded enough. The tools to win is embedded in the foundation of this team, and once we get rid of that, the Astros will finally become the tanking sad-sacks we want them to be. Losing George Springer this year will propel them towards that outcome.

They still have a few more years left of Jose Altuve, though, who took the next step in his transformation from one of the premier defensive contact hitters in the game to just another one-dimensional power hitter. For the first time ever, Altuve finished a season with a negative WAR, an average below .275 and more than 75% as many strikeouts as he did hits. Definitely a weak season from the guy who, prior to cheating, was looking like a career talent.

2021 Prediction: A full season brings a higher average, but I still think he's gonna be focusing on his home run totals and less on contact. A .250 average and a low WAR awaits. 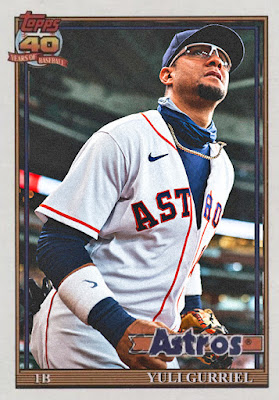 Another victim of not only the shorter season but the lack of trashcans was Yuli Gurriel. After batting into the .290s for the last 3 years, Gurriel saw his average drop to .232, and hit 22 RBIs and 6 home runs. Like Altuve, he also had a negative WAR this year. Just putting that out there.

2021 Prediction: Will not end the year in Houston. 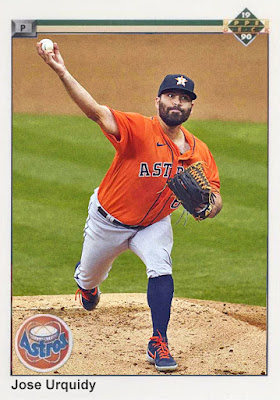 Like last year, Jose Urquidy was brought up in the last third of the season and made some crucial playoff starts for the Astros. In 5 regular season starts he had a 2.75 ERA and 17 strikeouts. In 3 postseason starts he had 12 strikeouts but 2 no-decisions and a loss. Clearly his prowess isn't to blame in those counts, as he's still a durable arm.

2021 Prediction: The Astros do what they should have done this year and keep him in the rotation starting in April, he'll win 10 games and strike out 150. 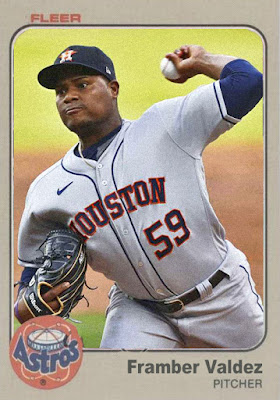 After being a minor prospect and sixth-string starter for the last few years in Houston, Framber Valdez finally got the majority of the season to make crucial starts. In 10 starts, he had a 3.57 ERA, a 5-3 record, and a club-high 76 strikeouts. He also had a 3-1 record this postseason, with 24 strikeouts in 26 innings.
2021 Prediction: An ASG gig, 200 strikeouts, and some borderline ace status as Greinke and Verlander leave. 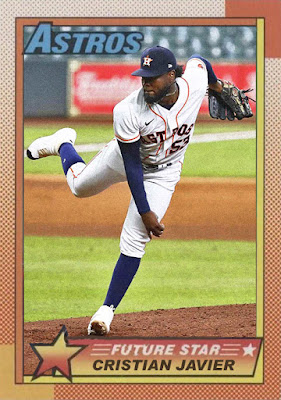 One of the more unlikely Rookie of the Year candidates was Cristian Javier, who began the year as a relief option for the Astros and eventually became a crucial starting option for the team. Javier did not disappoint, with a 3.48, a 5-2 record and 54 Ks, in addition to posting the highest WAR of any pitcher in Houston with 1.3.

2021 Prediction: A sophomore slump is imminent, but the majority of his losses will be due to the lack of run support that is imminent for an Astros team without Brantley and Springer. 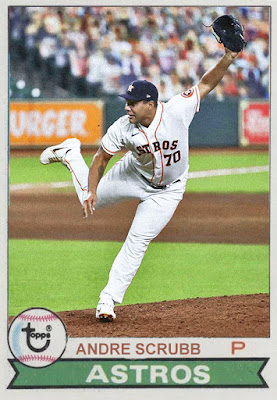 Last year's amusing fringe relief rookie was Josh James. This year, we had two in Houston. One of them was Andre Scrubb, the imposing, long-armed longer-reliever who dazzled opponents with a 1.90 ERA, only 5 earned runs, and 24 strikeouts.
2021 Prediction: A few more saves than he's expecting, but a much higher ERA. 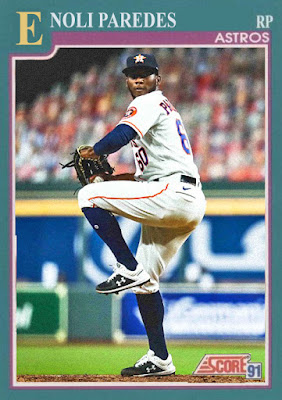 The other rookie relief fringe guy was Enoli Paredes, who was already making waves out of summer camp with his speed, and continued on into the season as a crucial relief option for the pitching-friendly Astros. Paredes posted a 3.05 ERA in 20.2 innings.
2021 Prediction: When Ryan Pressly fumbles the closing gig, Paredes will be the first man they hand it to, and he won't disappoint. 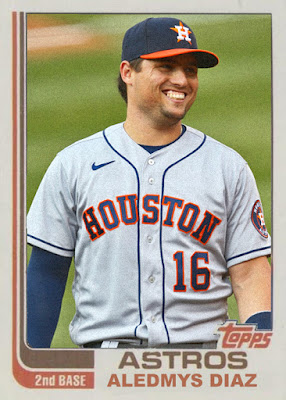 There were a few bench players for the Astros that didn't make much of an impact, like Myles Straw and Abraham Toro and guys like that. Really, the best bench option for the 'Stros was Aledmys Diaz. In his second year in Houston, Diaz hit .241 in 17 games, and was a solid, durable backup option at 2nd base.
2021 Prediction: Continues in this limited role in Houston for a few months, and eventually weasels into a starting gig, either in Houston or a smaller-market team.
Coming Tomorrow- Customs from an AL West team who decided to not cheat and had a winning record.
Posted by Jordan at 9:16 AM