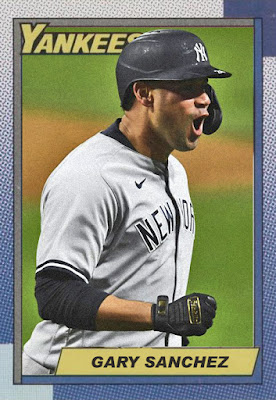 I root for two teams who've been good for the last 10 years yet have absolutely refused to stick it in and even contend for a championship. The Yankees, and the Packers. Both teams could have dynasties right now if they had better luck and didn't keep getting clobbered by the same team in the semi final rounds.

The Yanks may have it more embarrassing. We just get so tantalizingly close and then get beaten by teams who proceed to get beaten themselves in following rounds. It happened in 2012 with the Tigers, it happened in 2015 with the Astros, and it happened this year with the Rays. Whatever magic that happens in the regular season can't be contained for the entirety of the postseason.

Speaking of fading magic, Gary Sanchez. Used to be so reliable for us, but hit .147 this season with a club-leading 64 Ks, despite 10 homers. He was an anti-presence in the Yanks lineup this year, which makes it kinda cool that he had 3 RBIs and a homer against the Indians in the postseason, but...he's gotta do better. The Yanks nearly got rid of him this year, and he's lucky to still have the catching gig.

2021 Prediction: Either he reworks his swing and gets his groove back or he continues striking out 150 times and loses the starting job to Kyle Higashioka. 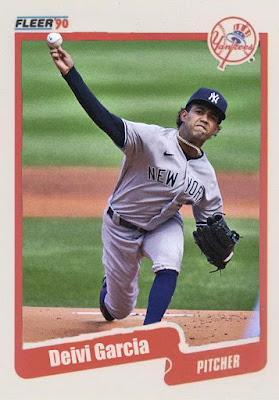 Deivi Garcia was a midyear starting callup for the Yankees, and while his debut was pretty starry, his inexperience caught up to him as he ended with a 4.98 ERA. He did get a 3-2 record and 33 Ks out of his 6 games, but he was also at the mercy of the team, which wasn't good enough in 2020.
2021 Prediction: He and Sevvy go toe-to-toe as homegrown fireballers, both with full seasons. Garcia will have the most strikeouts for a Yankee pitcher not named Cole. 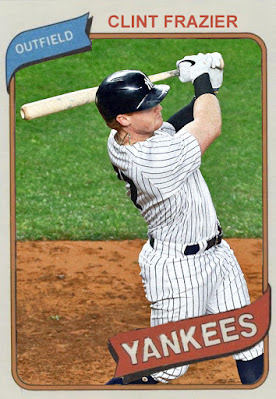 Once again, an injury to an outfielder meant a role for Clint Frazier, who proceeded to hit .267 in 39 games with 25 RBIs and 8 homers while filling in for Aaron Judge. Frazier is still a sharp outfield bat for a team with...several, and perhaps he'll get more playing time if the Yanks do not re-sign Brett Gardner. But this is the umpteenth season where he's been absent until somebody else gets injured. Eventually he's gonna need to play somewhere where he's a guaranteed starting option.
2021 Prediction: They start him, he hits 30 homers and finally earns his pinstripes. 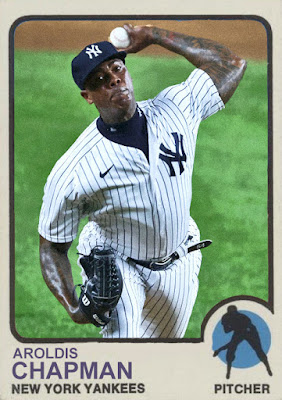 Aroldis Chapman's 2020 season was preempted by an injury, so he didn't hit the field really til mid-August, which explains the higher ERA and only 3 saves. After some time to warm up he did get back to his old tricks with 22 Ks in 13 appearances, but ultimately he was responsible for the end of the Yankees' season, thanks to pissing off Mike Brosseau.
2021 Prediction: 40 saves, but he does something else stupid that pisses off Yankee fans. 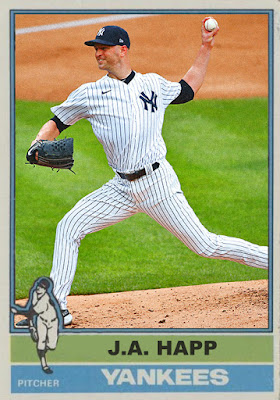 When we least expected him to, J.A. Happ had a strong year as a starting pitcher. What can I say, the dude's unpredictable. In 9 starts he had a 3.47 ERA with 44 strikeouts and a 1.054 WHIP. Definitely an improvement over his subpar 2019, but still not enough to stay in the Bronx.
2021 Prediction: Late-rotation work in a low-market team. Maybe a Philly reunion is in store. 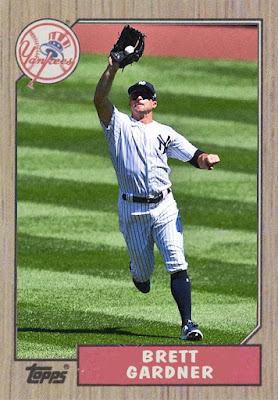 As the Yankees are questioning whether or not they're going to re-sign Brett Gardner, his 2020 is not looking like a great way to end his landmark Yankee tenure. Despite starting for the majority of the season, he only hit .223 with 15 RBIs, and was mostly phased out once Judge and Frazier were both in the starting lineup. He could still re-sign in the Bronx, but I reckon Gardy's elite days are over.
2021 Prediction: A bench role somewhere. 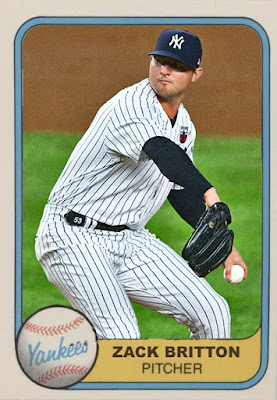 In the weeks where Aroldis Chapman was injured and we were left without a closer...Zack Britton dusted off his ninth inning magic and stepped into the role, with 8 saves in 8 opportunities. After Chapman came back, Britton shifted back to his reliable setup man role, finishing the season with a 1.89 ERA and 16 Ks in 20 appearances.
2021 Prediction: Another solid relief year for Britton. Expect more makeshift saves as Chapman flails off. 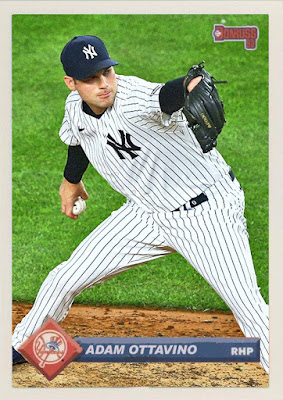 Britton's relief battery partner, Adam Ottavino, didn't fare as well- Ottavino left the season with a 5.89 ERA, a massive WHIP and too many earned runs despite some nice strikeout work. Ottavino hasn't had a down year in a while, so this felt like an anomaly, especially after a strong year last year.
2021 Prediction: An injury interrupts some improved stats. 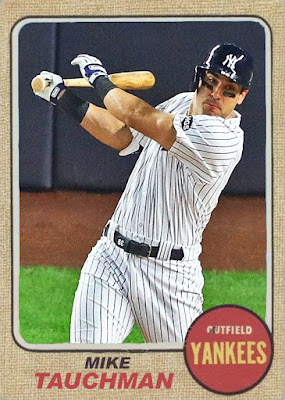 Mike Tauchman had another strong year as an extra outfielder, getting some playing time as Judge and Hicks got hurt. Tauchman hit .242 in 43 games, with 15 RBIs. Nothing more than a solid alternate outfield bat.
2021 Prediction: After not playing as much next year, winds up on another roster with more playing time. 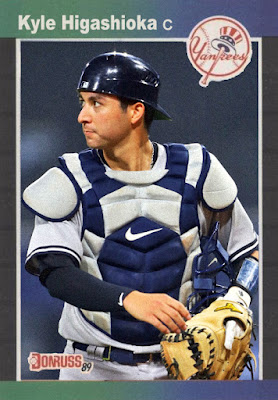 In the absence of Gary Sanchez' better numbers, the Yankees called upon two unlikely catching options. One of them was their usual backup, Kyle Higashioka, who's been a great backup catcher who's never been able to hit at the major league level. Until now, that is. Higgy came out in a big way in 2020, with 10 RBIs and 4 homers in 16 games, some major power coming from the unlikeliest source. Higgy also had 2 more RBIs and 1 more homer in the playoffs.
2021 Prediction: If Sanchez screws up, you're looking at the new starting catcher in New York. 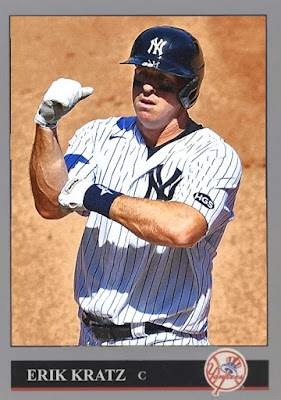 And the other backup catching option, and occasional DH, for New York was the 40-year-old career backup Erik Kratz, who'd gotten some playing time last year with the Yankees. In 16 games, Kratz hit .321 with 9 hits and 4 RBIs, helping the Yankees get through the stretch. Kratz is most likely calling it a career after this, so it was one hell of a way to go out.

Tomorrow, we wrap up the year like we usually do around here.