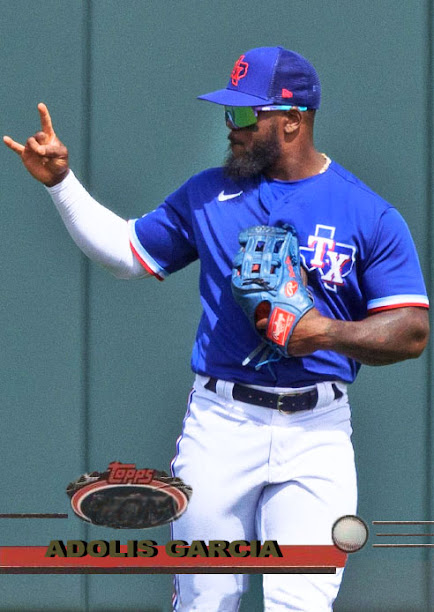 Is it shocking to you that the Rangers have won five straight Spring Training games? Should it shock you?

The Rangers ended the 2021 season by splitting up a lot of the recent squad, pawning away Joey Gallo, Kyle Gibson and Ian Kennedy. This is after the team had already lost team cornerstones like Elvis Andrus, Shin-Soo Choo and Lance Lynn. With the Astros, Angels and Mariners looking to compete in 2022, the team had the option to either bottom-feed for another year or go for it.

Immediately, I equate this to any similar sort of contract-binging a team has done out of the blue. I point to the 2012 Marlins, the 2013 Blue Jays, the 2015 Padres, and, yes, even the 2020 Rangers rotation as examples. Pack a team with new players, best of the best on the free agent market, and hope that they're immediately congruent with the lower-budget core of the team. And they never are. Most of these last maybe a year- the 2012 Marlins essentially BECAME the 2013 Jays. There are some exceptions, like the 2019 Phillies still kicking around and building up, or the 2019 Padres team becoming a playoff threat. Mostly, it just means that teams have gotten better at shoving contracts into preexisting teams.

So what are we to make of this one?

Well, the returning Rangers that seem to be chasing starting positions are guys like Eli White, Andy Ibanez and Nate Lowe. Yes, there is a surefire threat in Adolis Garcia, but all eyes will be upon him to see if he's anywhere as dangerous as he was last season. Also, returning guys like Dane Dunning, Kolby Allard and John King seem to outnumber the contracted guys in the rotation, and while all of them had middling seasons in the past, it will be interesting to see how they do with better run support. Remember, Dunning was a sharp, impressive late-rotation arm for the White Sox before the Lynn trade.

But compared to people like Seager, Gray and Semien. I don't know, man. Seager's already hitting .571 with 2 homers in 3 games. Brad Miller's already been dangerous at the plate. The good news is that White, Allard, Solak and Ibanez have all been off to decent starts as well, but the eventual mix is what's gonna really speak volumes. Will these pieces be able to perform to their highest abilities together, at the same time? Or will the bottom fall out from under these guys? More importantly, even with these new players, do they have enough to take down the Angels, Mariners and Astros? I am not entirely convinced of this year.

However...it's only March. And a lot could happen in the next few months.