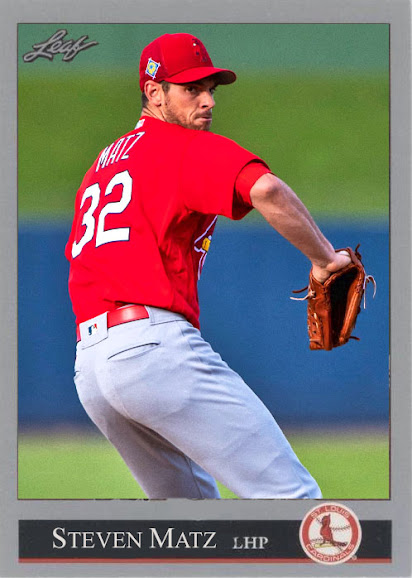 Speaking as someone who has despised the St. Louis Cardinals for over 10 years now, I can admit that the team had a pretty smart offseason. They offloaded a few contracts that were going nowhere, like Matt Carpenter and Andrew Miller, only made small acquisitions like Corey Dickerson and Steven Matz, and solidified their young core. 2022 may be the final season for team heroes like Yadier Molina and Adam Wainwright, but it will be a formational one for younger players like Tyler O'Neill, Dylan Carlson and Lars Nootbaar.

So. The news that Jack Flaherty and Alex Reyes might be out for a long period of time this year. That...must not have helped.

One of the only things about this team that I feel bad for is the rotation never being completely what they want it to be. And this is after the 2012 rotation of Wainwright-Lynn-Lohse-Garcia-Westbrook, that stayed together amicably and made things hell for the Giants in the playoffs. They've had a series of consistent, like-minded rotations, and now they have one where Flaherty gets hurt, he comes back, then Hudson gets hurt, then Ponce de Leon gets hurt, and I guess we're starting Johan Oviedo. As a Phillies fan, it's slightly hysterical, but as a baseball fan I really hate to see it.

So with Flaherty missing games, that means the Cards' rotation is Wainwright, Steven Matz, who is coming off a middling season in Toronto, Miles Mikolas, who's been injured off and on the past few seasons, Dakota Hudson, who missed all of last year, and Jake Woodford, a rookie who's pretty untested. This is the ferocious Cardinals rotation for 2022. So even if Arenado, Goldschmidt and O'Neill hit like a storm again, the rotation is going to need to be on par with everything else, and I don't know if it can be.

Look, missing Reyes for a little while I can take, because we still have Giovanny Gallegos who can close games, plus now we have people like T.J. McFarland, Nick Wittgren and Drew VerHagen sprucing up the bullpen. So there I'm not so worried, the bullpen's never been a huge problem for the Cardinals. But if the Cubs are starting Marcus Stroman or Wade Miley, and you're putting up someone like Jake Woodford or Steven Matz, you're really rolling the dice. Even Wainwright, who's 40, and will be 41 this year, isn't a sure bet. I am aware that he won 17 games last year and delivered his strongest numbers since 2014. He's still in his 40s, and he's coming off a season where he started 32 games. Even if you're not in your 40s, you have to be very careful with that now.

So while the Cardinals could do their usual thing of becoming a surefire playoff threat [in, like, August], the pitching, especially the starting pitching, deters me from calling them a true endgame factor team. I could be wrong, and with St. Louis I usually am, but if they want to really be a force this year, they need some luck to come their way in that department.

Coming Tomorrow, or eventually if I decide to stagnate these: Ironically a former Cardinals prospect, looking at a uneasy but interesting road to a playoff spot himself.