What The Hell Am I To Make of This Twins Deal? 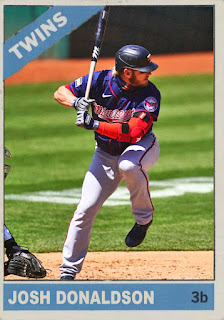 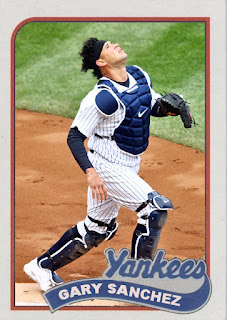 So, the season is on, the transaction bar was lifted, and now we are, in fact, getting transactions that feel like people just want to do trades because they haven't for 97 days.

Isiah Kiner Falefa for Mitch Garver I can understand, because it gave Minnesota infield flexibility and opened the door for Ryan Jeffers to start, and it gave Texas another offensive upgrade. But...this just knocked me on my ass, this Yankees one. Kiner-Falefa moves again, along with contract burden Josh Donaldson and backup to the backup Ben Rortvedt, in exchange for Gary Sanchez and Gio Urshela.

After regaining my breath, I have a lot of thoughts.

1. We are replacing Gary Sanchez in two separate factions. We are replacing him as an overpaid, one-dimensional hitter with Donaldson, and we are replacing him as a catcher with Rortvedt. Rortvedt is, at long last, a decent defensive catcher that just has no offensive edge, so really the opposite of Higgy and Gary. However, I do think Donaldson and Rortvedt have more combined upsides than Sanchez. Gary is probably gonna DH in Minneapolis and maybe hit .230. I don't know if the fans there are into that sort of thing anymore.

2. Josh Donaldson. Okay. If he DHs, that means Giancarlo Stanton has to start in the outfield, which isn't great. If Stanton starts at DH, Donaldson would need to play third. To the Bringer of Rain's credit, he didn't have the worst defensive numbers in the world last year. But, he's also 36, and not at MVP caliber anymore. So having an infield of Voit, LeMahieu, Kiner-Falefa and Donaldson...defensively it doesn't sound incredible on paper. I wanna be proved wrong, but...I'm not reassured there. And again, Donaldson's at the point in his career where he just hits .240 or .250 and everyone's just okay with it.

3. Josh Donaldson blew the whistle on Gerrit Cole's tack-usage. And now they're sharing a locker room. Uhm...let's see how this goes.

4. Kiner-Falefa actually is a pretty nice fit for the infield, could be an awesome double play combo with D.J. LeMahieu, is an upgrade in several categories over Gleyber Torres, and is far and away the best part of this trade. I am gonna miss the hell out of Gio, though, he won me over after a little bit.

5. I recall Aaron Boone, or somebody in the trades, saying yesterday that he foresaw Gio Urshela as the team's starting shortstop. ....OOPS.

6. Gleyber Torres should be feeling the heat. We just picked up two more infielders to make the current schematic more flexible solely because he hasn't delivered since 2019. I want this to drive him to have a better season, or even to drive Donaldson from proposed starter ship to getting tossed or dealt. The hopes were so high for Torres, and now it's not seeming like he's the answer anymore. Either this is the beginning of a new era of dominance for him, or it's his death nell. He gets to decide.

7. Again, unless Cashman makes another move, we're going with Kyle Higashioka as our starting catcher and Ben Rortvedt as our backup. Like with the defensive infield, I really wanna be proven wrong. If Cashman wants to swing another trade, or maybe get somebody cheap, go for it.

8. I feel like this could have been a simple Kiner-Falefa for Urshela deal, and they wanted to get rid of some contracts. Which is why this is a bit more complicated than it needs to be.

I...imagine I'll learn to make sense of this. And there are good parts here. But a lot of this feels extraneous, especially with Donaldson. I don't know what this means for what the Yankees are gonna look like this year, especially with the Red Sox, Blue Jays and Rays all looking to compete.

Maybe it'll smooth itself out over time, but...this was just a big bomb to throw my way.