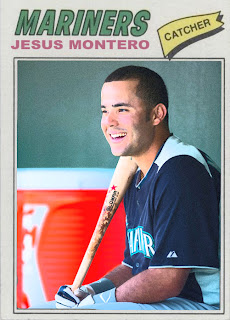 Immediately after I realized the results of the Montero-Pineda deal, I came across one conclusion- It's the Austin Jackson dilemma all over again!

You see, two years ago, I was intent on the fact that Austin Jackson would be the Yankees' starting centerfielder, after ending his 2009 campaign with a grand slam in spring training, and the subsequent departures of Johnny Damon and Hideki Matsui. So the outfield was supposed to be Gardner, Jackson and some other guy we'd acquire, most likely Randy Winn (grr)

Then, Granderson came to New York...for Austin Jackson. And I was shocked. Jackson was our centerfielder, and now...he was Detroit's. So the entire year, I was debating which acquisition was better: us with Granderson, or them with Jackson. And at the end of the year, I was wrong. Granderson had the better year, and last year he had a MVP Campaign, only curtailed by the fact that Justin Verlander had the greatest pitching year since the 60's. Jackson...has been slumping ever since.

So I promised myself I would never make the same mistake again. Of course, this was a promise I'd fail to keep. It's like watching a horror movie, and, near the end, saying "Gee, no one else is going to die. Not even that heroic guy, who's on his last day before retirement."

Speaking on those terms, Jesus Montero got whacked in the last ten minutes. And the killer's name was Michael Pineda.

So yeah, I'm still bummed that Montero was shipped off to Seattle, where he's basically one of the team's few stars. But we do have Pineda now, and he'll hopefully be pretty good. And still, I'll be hoping that Montero has a good year.

But not too good.

Coming Tomorrow- The First Dodger of the year. And man, if he doesn't have a season like last year, the fans will kill him (that could be any one of them).
Posted by Jordan at 2:30 PM