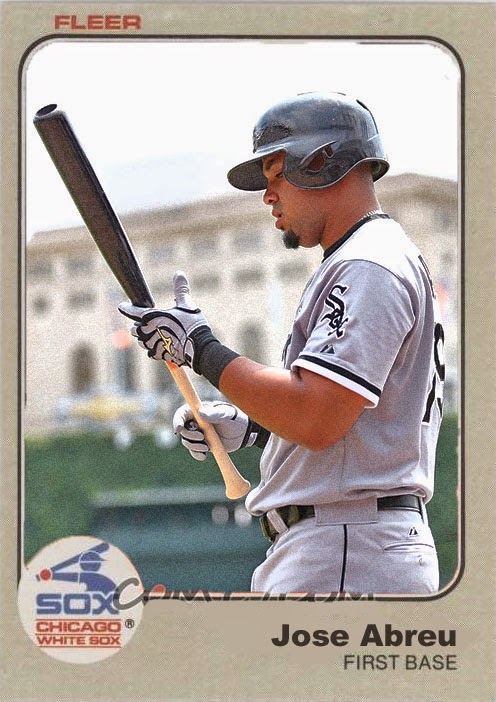 Yep. Still finishing these up. Why? 2015 customs are coming up. Gotta clear the 2014 ones out before they do.

This was my second Abreu custom of 2014, because I selected a few huge stars of the year to have 2 customs, because why not. Abreu had a monster season in 2014, and all of Chicago is betting on him to have another huge one in 2015, especially given the fact that the Sox have gotten a few more contracts on the team. 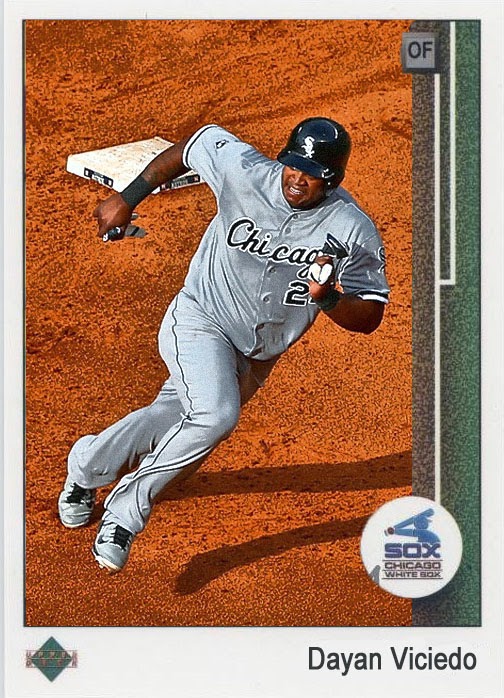 Meanwhile, the other megahitter in Chicago had a less-than-stellar season. This custom is probably the best part of his season. I mean, it looks like a comic book cover. Viciedo is not sitting comfortably in...wherever the Blue Jays have Spring Training, waiting to squeeze his way onto the 40-man. 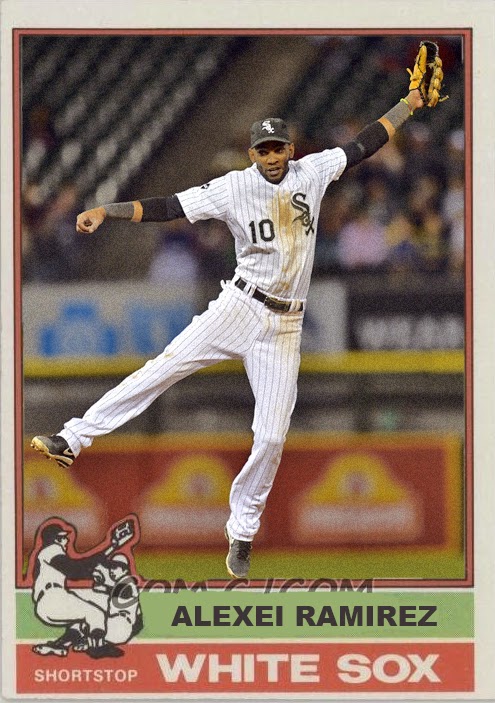 Alexei Ramirez, now that Paul Konerko is gone, is now the longest-standing member of the Chicago White Sox. And he got there after I started collecting. Man, it's tough wrapping my head around that one. Anyway, Ramirez is a consistently great shortstop, and will likely have another great season in 2015. 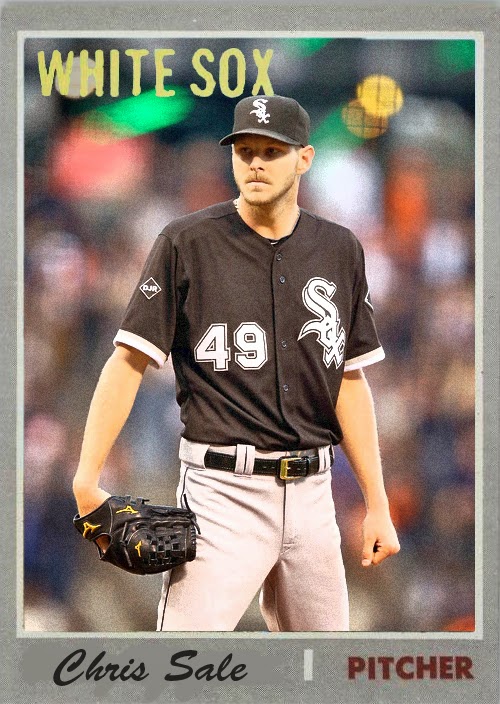 This guy was the real man of the hour in 2014, besides Abreu. If it wasn't for Corey Kluber, Chris Sale would have likely nabbed his first Cy Young award. And now it looks like he won't be ready in time for Opening Day, which is bad for the Sox, as they'll be forced to start Jeff Samardzija instead (which...isn't that bad). 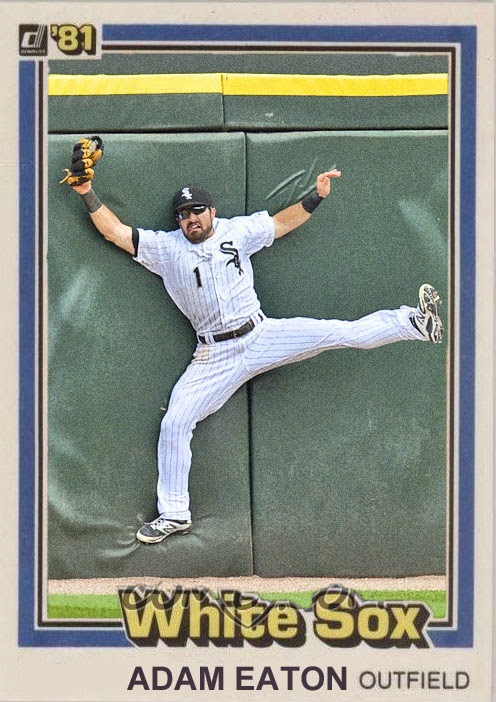 Meanwhile in sophomore-land, Adam Eaton had a decent enough season away from Phoenix, settling into his role in the Chicago offense. He's not all the way there yet, but there's still hope. 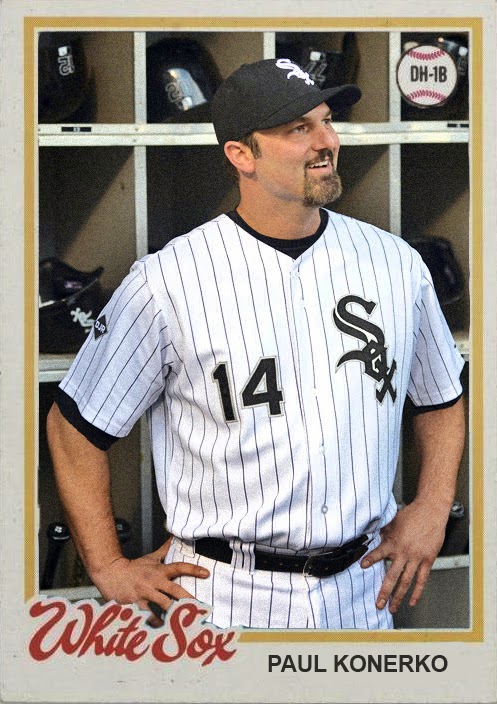 Let me tell you, if I'd posted this in December like I was supposed to, this card would definitely would have made the top 5 on my Best Customs of the Year list, because it's that good. Just the smile on his face, contrasted with the helmets on the back of the wall. That is a great shot, and it's now a great custom.