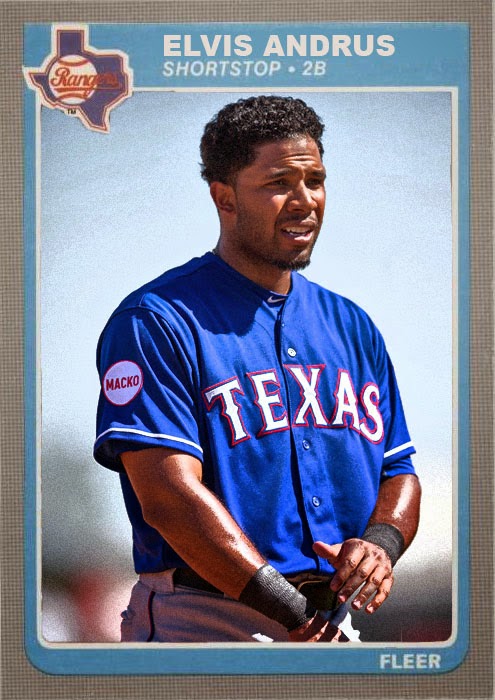 Odd choice for the first month or so of customs, but the photo was available, and I didn't want to pass it up.

The Rangers, for the first time in a while, had a down season in 2014. Their hired guns failed on them, and the multitude of rookies they brought up didn't necessarily help the matter. By the end of the season, only Elvis Andrus and Adrian Beltre had really succeeded in what they were aiming for, which was...to stay relevant, I guess.

I enjoy the fact that Andrus has been around since late 2008, and yet he's suddenly become one of the senior members of the team, as well as an effective shortstop. Like, him and Beltre are suddenly the anchors of the team because everybody else has either left or retired. Which is...kind of odd.

I think the Rangers need Andrus to have either a huge season, or a season huge enough to get the team some more prospects in exchange for him. I mean, part of me hopes the Rangers get back on top, but still...there are some other teams in the AL West that would like a go, like the Angels and Mariners.