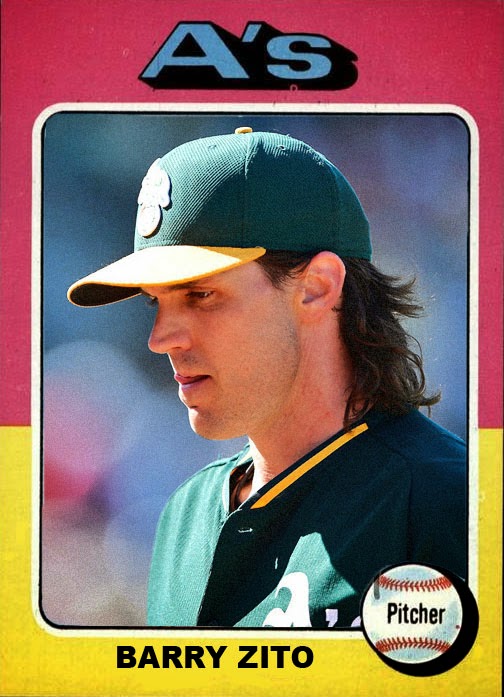 And for everyone who thought 'yeah, Barry Zito's gonna come back to Oakland', well I bet you thought it would be under better circumstances.

True, Barry Zito had some really nice years with the A's and Giants, but his 2013 season left a lot to be desired, and he spent all of 2014 as a free agent, in semi-retirement. However, prior to Spring Training, the A's, ONCE AGAIN SHORT ON PITCHING (this seems to be a theme this decade. Thanks Jarrod Parker.) picked up Zito on a one-year deal. They knew the risk, and they also knew how happy the fans would be to see their hero in an A's uniform once more.

Only problem is nobody's quite sure if Zito's going to be as strong as he was in, say 2002, or even 2012. He wasn't as consistent in his Giants years as he was with the A's, and his last season was a disappointment. The A's are hoping Zito can do well, though they're waiting it out to see if his Spring Training numbers will be any good, and so far they aren't too bad.

i kind of hope Zito will be able to pitch this year, just as a potential send-off for a great pitcher.