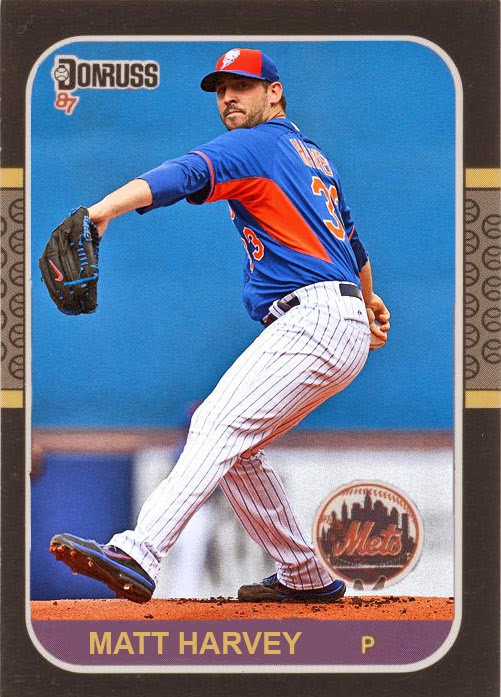 The most ambitious assumption people have is that the Mets are going to have a very strong season, which I, for the most part, disagree with. One of their three best arms is on the DL, and the other two are coming OFF the DL. The infield is filled with either question marks or injury-returnees. The biggest offseason acquisition was an aging outfielder in his 30's. So I don't know if 2015 is going to be the year for the Mets, but they have some pieces in place. And one of those pieces is Matt Harvey.

The word on the street is that Matt Harvey is pitching like he did in 2013, which I love to hear, because Harvey is a wonderful pitcher, and I have a ton of respect for him. The guy just had some bad luck last season, but it looks like he's back to his old self.

Even if the Mets aren't great this season, I hope Matt Harvey has a really, really nice season.

Coming Tomorrow (?)- Fifteen years ago this guy was the biggest rookie in baseball. After a year off he's back with his old team with a minor league deal. Here's hoping he makes the squad.