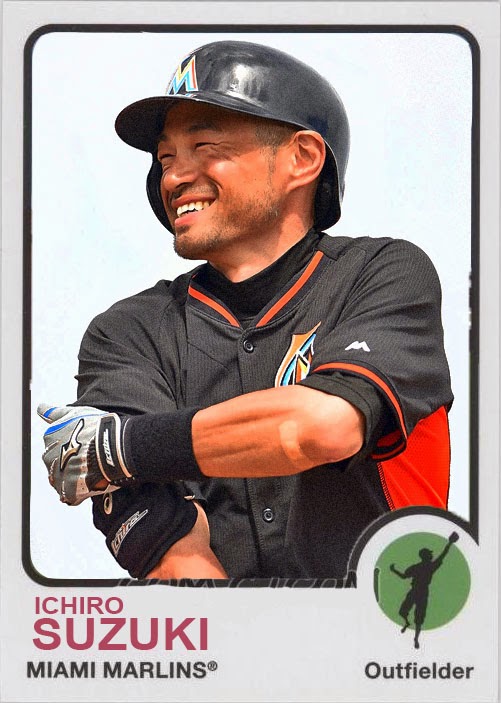 Andre Dawson, over the course of his Hall of Fame career, hit a ton of home runs, won an MVP award with Chicago in 1987, and built a reputation as one of the strongest talents in MLB history. However, when it came time for him to settle and mellow out, he chose to spend his last two seasons with the Florida Marlins, then a recently-established expansion team. When he did retire, he retired out of the spotlight, out of the playoff attention.

This may be the sort of tactic that Ichiro Suzuki is attempting to replicate in signing with the Marlins for the season. He's not gonna get a ton of playing time, and he's definitely showing his age, but he wants to play somewhere easy, with a bunch of young players that can learn from him.

Any other season it would seem like Ichiro's taking the Andre Dawson approach, jumping out of the playoff drama. However, this is the 2015 season, and this season it looks like the Marlins are going to do very, very big things, thanks to a quietly building infield and outfield, and a suddenly rejuvenated pitching staff. Ichiro may just wind up as an extra part in a very well oiled machine.

Even if he doesn't get a lot of playing time, he's still Ichiro, and he's still one of the greatest hitters in MLB history. Also, he's only 156 hits away from 3000. Not saying it's a definite, but it's a possibility. Either way, he's a Hall of Famer, he's a legend, and the Marlins are lucky to have him.

Coming Tomorrow(?)- The Rangers are looking to get back on top, and their veteran infielder is trying to aid this.
Posted by Jordan at 7:32 PM
Labels: Custom Cards, Ichiro, Marlins, Spring Training