Preparing for a Priceless Toronto 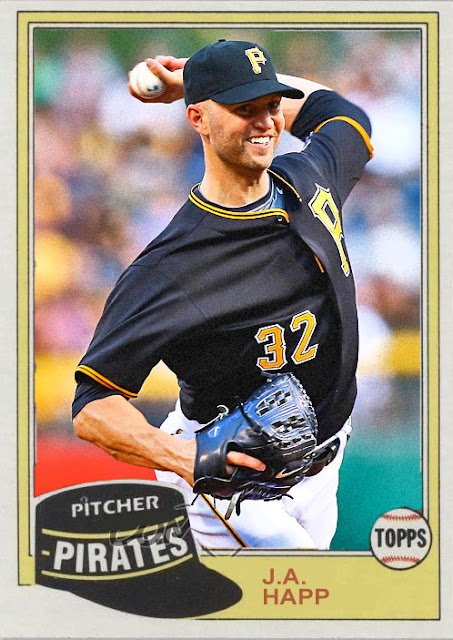 Today, the Blue Jays made a very big deal by signing J.A. Happ, who had a very nice comeback season this year with the Mariners and Pirates, to a 3-YEAR contract. This means that Happ, Marco Estrada, Drew Hutchison, R.A. Dickey and Marcus Stroman are all locked up for 2016.

A rotation led by RA Dickey, and ending with Drew Hutchison or JA Happ is actually a pretty solid all around rotation. Only problem is it doesn't leave room for potential free agent David Price.

Which leads me to believe that the Blue Jays are thinking about a 2016 without David Price. And this could be pretty huge.

David Price, in my opinion, was the main reason why the Blue Jays made it so far this season. He was dominant, deadly, and completely on, and lifting him out of Detroit was the best decision they could have made. But now, they're starting to think rationally.

They already know that Mark Buehrle is gonna be gone in 2016, and they already have Stroman and Estrada working the middle of the rotation. They also know that EVERYONE AND THEIR MOTHER will be after David Price, and that they'll likely be driving harder bargains than Toronto, who already has a few mega-contracts filling up the payroll.

So with this move, they sealed it. Unless they have another mega-trade up their sleeves to fill up roster space, and in my opinion, with this rotation they really don't NEED a mega trade, they're absolutely fine with losing David Price to a higher bidder. JA Happ can be a solid 3 or 4 man, and can give you some nice innings.

And at this point, if they do re-sign Price, it'll break up the zen of this really nicely laid out rotation. Somebody will either have to go or have to be a reliever again, and JA Happ has had enough of that.

I could be wrong, and David Price could be a Cy Young winning Toronto Blue Jay in 2016. But it's looking like the Jays are thinking seriously about a less showy roster, with less pressure on one tentpole pitcher. And that's a really good direction to go toward.
Posted by Jordan at 11:34 PM
Labels: Blue Jays, David Price, editorial, JA Happ