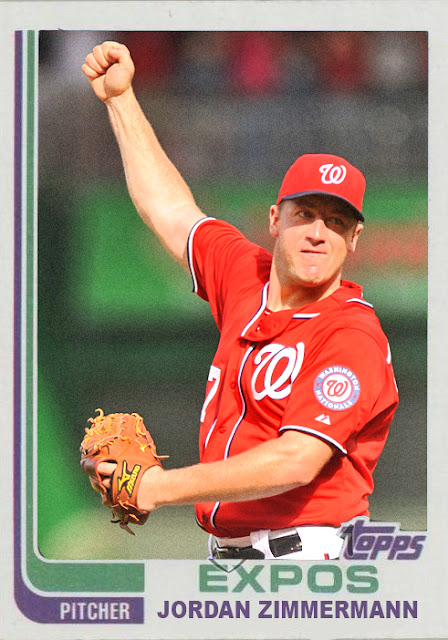 I'm not calling Jordan Zimmermann mediocre, by the way. Far from it. He's a great pitcher, and he'll do well in Detroit.

But that's the thing. Detroit is very similar to where Jordan Zimmermann just came from-- just a team with well-distributed power that starts strong and finishes poorly. Zim had a taste of this the last few seasons in Washington, especially in 2015. The Tigers had it even worse, starting the season circling first, and ending the season circling last.

The Tigers, by the way, have as much offensive power as the Nationals. A huge star to build the roster around (Harper and Miggy), an aging slugger that still has some stuff left (V-Mart and Werth), a couple of speedy infielders (Jose Iglesias, Ian Kinsler, Ian Desmond and Danny Espinoza), and some powerful outfielders (Denard Span, J.D. Martinez).

The pitching staffs are similar in that they're depreciating by the second, losing pieces of what used to be a mega-rotation. The Nats have less of this, but Zim is the first step to the jenga tower falling over. Once Zim leaves, Gio Gonzalez or Doug Fister could go too.

I don't know if this helps the Tigers, or hurts the Nationals, or what. I don't know if one team's going to do worse than the other, because they could both do pretty well, but they're not suited for endgame position.

Still, nabbing Zim is one way the Tigers can at least try to move back towards legitimacy in 2016.
Posted by Jordan at 3:28 PM