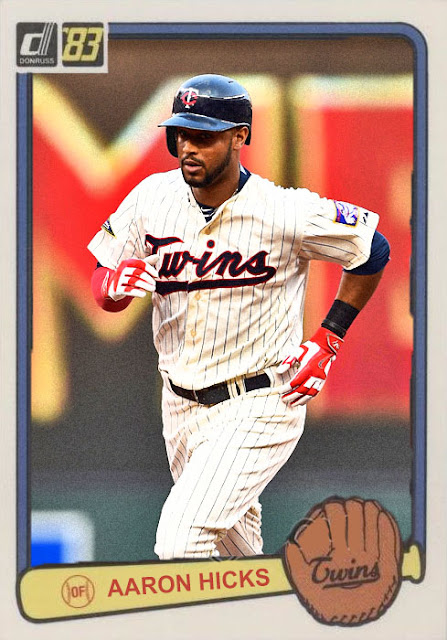 Well, Cashman finally made a decent trade this year, to make up for July. And it's a pretty telling one for the way the rest of the offseason is going to go.

So yeah, the deal was a pretty simple one. Aaron Hicks goes to the Yankees. John Ryan Murphy goes to the Twins. Pretty straightforward, no real tears on either side.

The Yankees, with Hicks, are getting a nice outfield arm and an improving bat. You also get a guy very similar to Ben Revere when he was traded to the Phillies in 2013. Speedy, good average, just needing a good roster to be a part of, a good springboard to become truly great, and Aaron Hicks as a Yankee might work really well.

Only problem is that Yankee fans are perceiving this as simply a cheaper alternative than simply re-signing Brett Gardner, who is up for free agency this season. It's also looking like they're not going to re-sign Carlos Beltran, so maybe they could keep Gardner, and it could be an Ellsbury-Gardner-Hicks/Young outfield, which is actually a pretty decent prospect. But if Gardner goes, it could be tougher, because Hicks hasn't gotten to the point where you can build an outfield around him yet.

Giving J.R. Murphy to Minnesota is simple, because they need a backup catcher, as Kurt Suzuki is getting older, and also, the dealing of Frankie Cervelli proves that Yankee backups can prosper and blossom once dealt to other teams.

This a smart, breezy deal, and a good one to get the ball rolling on the Yankees' offseason. Hope it can only go up from here.
Posted by Jordan at 10:48 PM
Labels: Aaron Hicks, Custom Cards, John Ryan Murphy, trade, Twins, Yankees