The First Big (yawn) Trade of the (yawn) Offseason 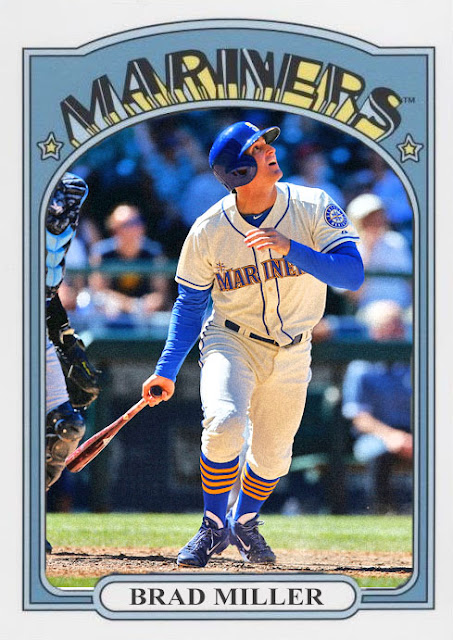 Forgive my lack of complete enthusiasm, but I sort of thought the FIRST BIG TRADE OF THE OFFSEASON would have a little more oomph than just trading a few middle infielders or something.

I mean, there is a lot to analyze, and a lot of pieces going back and forth, but there's not a ton of star power. However...it's a great strategic move for a team that is desperate to get back into the spotlight.

Brad Miller and Logan Morrison are the big pieces here, being sent to Tampa Bay along with Danny Farquhar, in exchange for Nathan Karns, CJ Riefenhauser, and Boog "No, not that one" Powell.

Obviously this is a move that benefits the Rays, because the Rays slumped to 4th place this year, and they've been struggling to stay in it for the last few years, simply because they haven't been good enough. Evan Longoria and Chris Archer can only do so much. Miller was probably the big ticket item, as he can give you some nice defensive ball, and him and Forsythe could make a really nice double play combo (assuming Asdrubal Cabrera goes somewhere else). Morrison can give you 20 homers a year, and the Rays need a ton of those.

However, the Mariners could get a lot from this in the long term. First of all, Powell's a guy who was traded in the Ben Zobrist deal. He's obviously got some potential, and has been the extra man in a few trades now. He's probably gonna be big when he comes up, and hopefully it will be for Seattle.

Karns is an even bigger deal, as the Mariners' pitching has been slowly improving. The trio of Felix-Iwakuma and Walker have done some pretty nice things so far, and Mike Montgomery was a steady fourth for a while. Karns was excellent this season in Tampa, and gelled well with the Chris Archer-Erasmo Ramirez-led rotation. Only thing is half that rotation is injured, and once everybody gets back there won't be room, so Karns going to the Mariners...where there IS room, is a good idea.

The Rays are probably going to be the bigger team next year (soon to be seen in my 2016: The Year in Irony, most likely), but this is better for the Mariners in terms of the future, and that's insurance the M's REALLY need right now.

So yeah. Bit of a bore, but brings about some interesting developments, and makes sense for both sides. Not much else to say.
Posted by Jordan at 2:33 PM
Labels: Boog Powell, Brad Miller, Custom Cards, Logan Morrison, Mariners, Nate Karns, Rays, trade