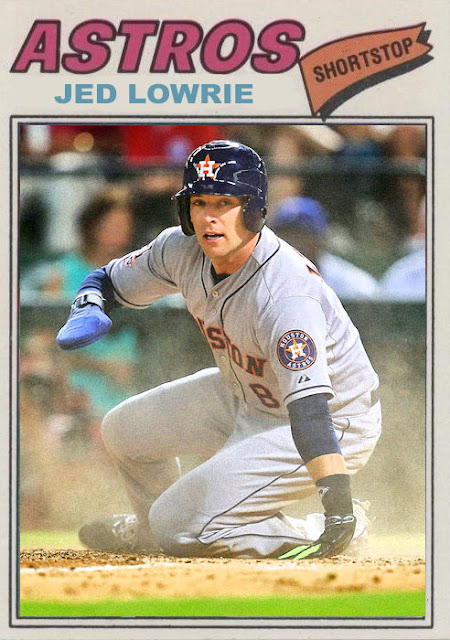 Jed Lowrie was traded to Houston, you know, the FIRST time, in 2011, by the Red Sox, who had grown tired of Lowrie's...adequacy. Funny part is they traded him for Mark Melancon, who they wouldn't especially use.

Lowrie didn't even spend a full season in Houston before being traded to the A's for Chris Carter and friends. And then, after two seasons for semi-contending A's teams, he re-signed with the Astros, and became a relatively big part of their lineup, despite being injured for a large chunk of the year.

However, with the current starting shortstop in Houston being a Rookie of the Year and all, there really is no reason for Jed Lowrie to still be a member of the Houston Astros.

So, naturally, the Astros traded him BACK to the A's.

I swear to God, at this point Jed Lowrie is basically a human game of Pong, going in between Houston and Oakland, back and forth every few seasons. I feel like each organization should just keep a locker open for him, just in case he comes back.