Serious Tigers Yet Again (Thanks to J-Up) 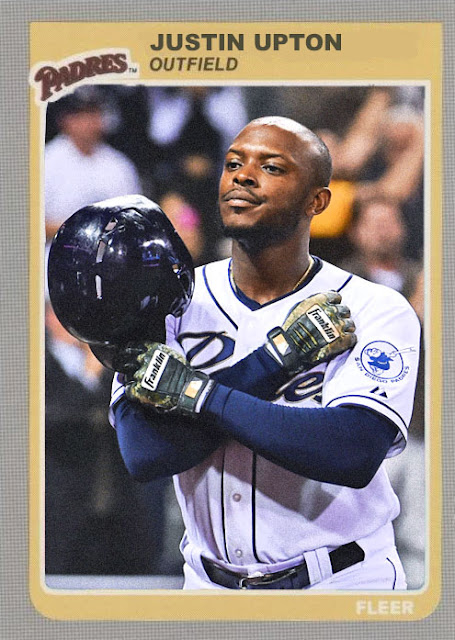 Well, I don't think anybody saw that coming.

We all predicted Arlington. We all feared Arlington. We all kind of thought Yoenis Cespedes would just end up back in Detroit instead. And yet, in the absolute last moment possible, the Tigers went and nabbed Justin Upton in a big contract, exactly what Upton had been looking for all these months, and locked up an outfield, and general LINEUP combination, that could rule the AL once again.

Justin Upton, even when the Padres were tanking last season, was still one of the strongest outfielders, offensively and defensively, in baseball, and was a major threat for free agency even before the season ended. Putting him in the same outfield as a potential combination of Anthony Gose, Cameron Maybin and J.D. Martinez could be the deciding factor in the AL Central. Because that outfield, plus the still-pretty-damn-good infield of Cabrera-Kinsler-Iglesias-Castellanos is what could make this team a huge threat in 2016.

The team is, however, still fighting the fact that their main offensive suppliers are getting old, and their pitching staff, once mighty and effervescent, is now fading in quality and quantity, even with the additions of Jordan Zimmermann and Mike Pelfrey. Verlander's pretty old, and even if they re-sign Alfredo Simon, which I think they're gonna do, it's going to be the pitching that keeps them behind.

So, Justin Upton is definitely going to help them get past the 5th place marker in 2016, but this doesn't mean the Tigers are done building yet. They just need to sure up their pitching, and make sure the newer guys, like Castellanos and James McCann, are working. Then they should be all set.