Things Mark Loretta Could Be Pointing To: 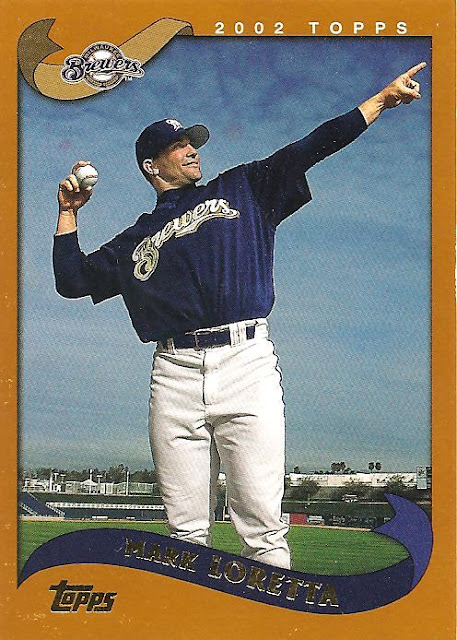 The Story So Far: Mark Loretta is in the middle of a photo shoot at Spring Training, 2002. Suddenly, and without warning, Mark is distracted by something in the sky, out of the frame of the photo. He points toward this unidentified object in complete awe.

This much is absolutely certain. We here at Mint Condition have begun to formulate what exactly Mark Loretta could be pointing at. We've come up with the following possibilities:

So far, this is all we've got. If anyone knows anything more practical, other than just 'the sky' because it can't be that simple, let the Mint Condition team know in the comments.

(P.S.- This is the first of what's likely going to be many stream-of-consciousness photo-based posts. I got the idea a few years ago doing a contest from Chris at Nachos Grande, and liked doing posts like those (sort of like What Really Pisses Off Carlos Lee and Mr. Thomas Will Now Take Your Questions), and liked them so much that I wanted to bring them back as a recurring blog feature. Let me know what you think.)
Posted by Jordan at 3:17 PM
Labels: 2002, Card Prompts, damn this guy can actually write!, Stream of Consciousness