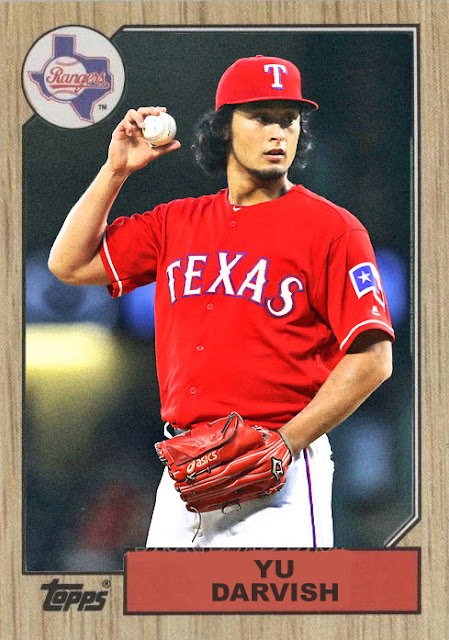 It's weird- for the majority of the season, the Rangers were the toughest, most-powerful team in the AL. Most of the year, they were the ones holding the momentum.

It's a pity they don't have much to show for it, because they were great in 2016. If it wasn't for the annoyingly pesky Toronto Blue Jays, they'd have gone ahead to play the Indians...which would have, at least, been interesting.

A lot of the leftover customs I have today are pitchers, including Yu Darvish, who came back from a year on the DL and did his best to snap back into it, though it took a while. 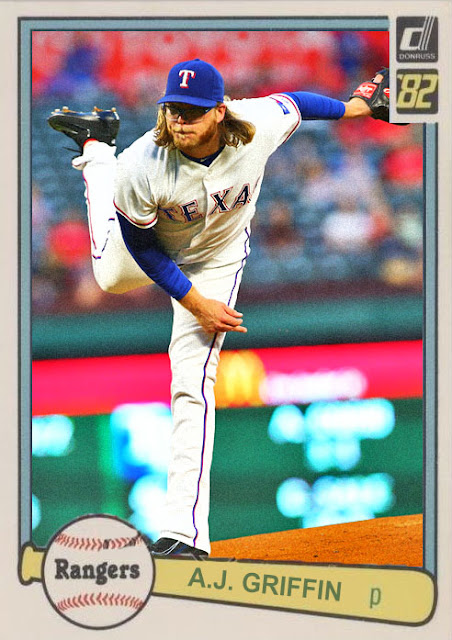 AJ Griffin's last great season was with those ragtag Athletics teams of the early part of the decade. He finally had another productive season in Arlington, even if an injury sort of cut out the middle of it. 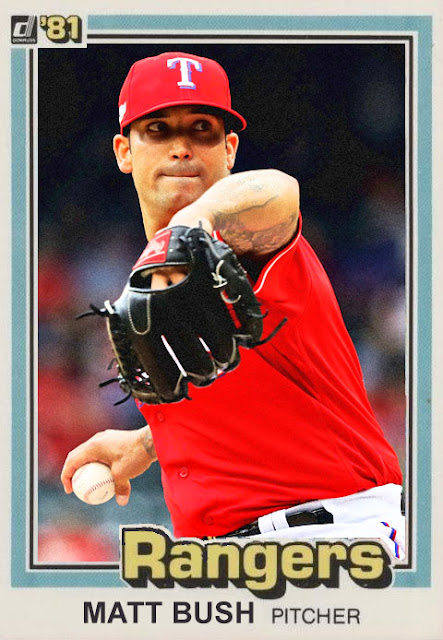 Another reclamation project by the Rangers, Matt Bush was a draft pick burnout that found new life as a middle-reliever, a decade after being drafted by San Diego. He had a nice season of relief work this year, and hopefully the progress will continue. 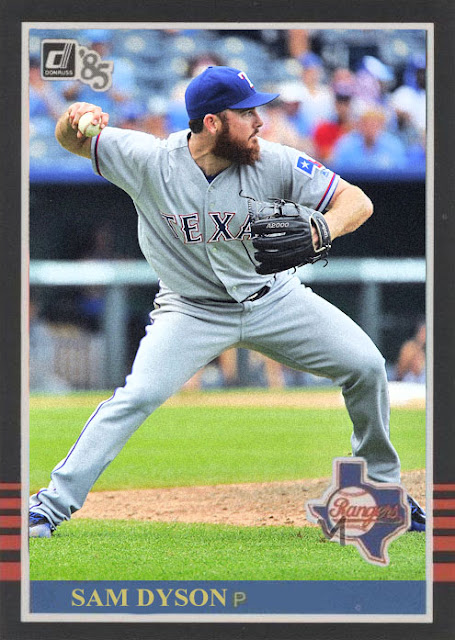 It's kind of fitting that a guy named Dyson took over for another guy who sucked.

Shawn Tolleson had a bad follow-up season, so they brought in Dyson to be an even better closer than he was. Hopefully he'll...not do the same thing that Tolleson did. 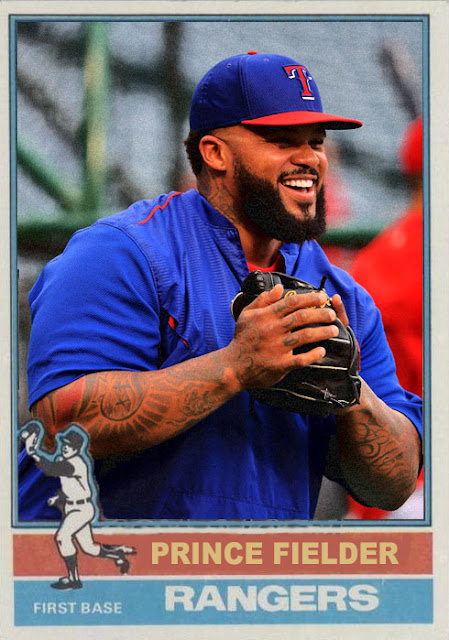 Alas, with every bit of hopefulness for 2017, we have to discuss Prince Fielder, who sadly won't be returning to the field next year, or any year, thanks to a pretty nasty neck injury. Great player, had some amazing seasons with Milwaukee, and it's sad he had to end it this way, but...it wasn't looking great for him for a couple years.

Coming Tomorrow- The few salvageable remains of the 2016 Rays.
Posted by Jordan at 10:00 AM