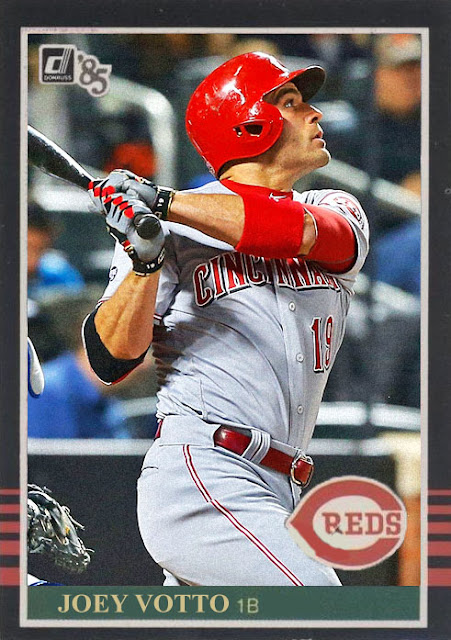 With the exception of someone coming next post, Joey Votto is probably my most-embarassing omission from the 2016 season of customs.

He was one of those guys where an idea came into my head that I'd made one already, and instead of just picking him to customize when I needed a Red, I'd have to dig deep and get someone like Dan Straily or Eugenio Suarez. But now, finally, I have a Joey Votto custom from 2016...and it's a pretty nice one.

The Reds weren't great this year. Sure, there was this weird feeling of 'we could actually be great soon' coming from the tail end of the season, and the team seems to be shifting into 'youth movement plus one really good veteran' mode, but...it wasn't especially the most pleasant affair, Votto aside. 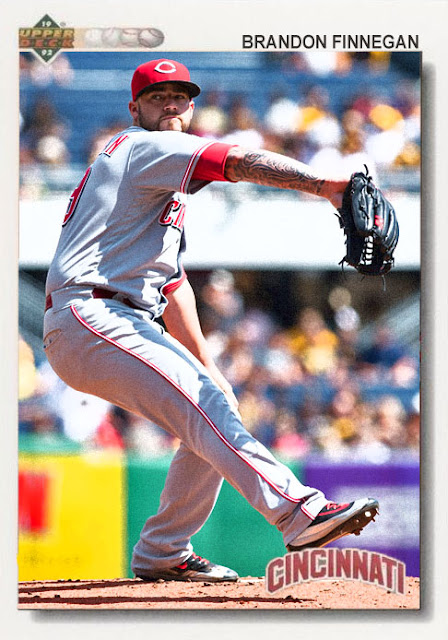 Brandon Finnegan came to Cincinnati in the trade that gave the Royals their WS-winning ace Johnny Cueto (for a few months). This year, while pitching was a low-point for the team, Finnegan did a pretty nice job, and was efficient enough that he's one of the few 2016 options being set for the 2017 rotation.

Coming Tomorrow- Unless I get cards, nothing because it's Christmas. I'll post the next one of these on Monday, and that'll be players from another surprisingly optimistic middling squad.
Posted by Jordan at 10:29 AM