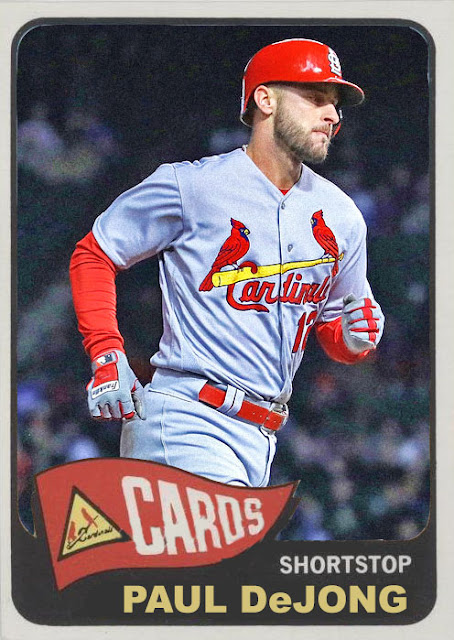 The Cardinals seem to have a pretty nice team this year.

As usual, they've decided to get really good not in June, or May...but August. The narrative of this game changes so often that if you get good close to the end, you're in the clear. Doesn't matter whether or not you deserve it. And the Cardinals, at least this season, kinda deserve it. They've shaved off any remnants of the depressing 2017 team (including the inconsistent duo of Piscotty and Grichuk), and have picked up some nice reinforcements (welcome back to St. Louis, Matt Adams).

Not only that, but their farm system is spitting out a TON of winners. John Gant, Jack Flaherty, Harrison Bader, Tyler O'Neill, Austin Gomber, Jordan Hicks. It's proof that after their high-spending phase, the Cards still kept some cards close to their belt, and kept the future with the team, so that what's happening now, a mostly-homegrown resurgence, makes sense. The people aiding in this come-up, with some Mikolas-esque exceptions, are all pretty much homegrown. I can say that firmly since the duo of Fowler and Ozuna are both injured (though Ozuna will thankfully be back soon).

I'm internally horrified at the prospect of this team's rise to glory, especially as they head towards the Cubs in the standings. This team can be versatile, it can hit for power, and it could DOMINATE the postseason if given the right momentum. And as someone who's been spurned by the surging Cards in the postseason before (especially 2011), I'd rather the Cardinals not take over the postseason this year.

It's been five years since we had a World Series between my two least favorite teams, the Red Sox and Cardinals. And I think we can go a lot longer.