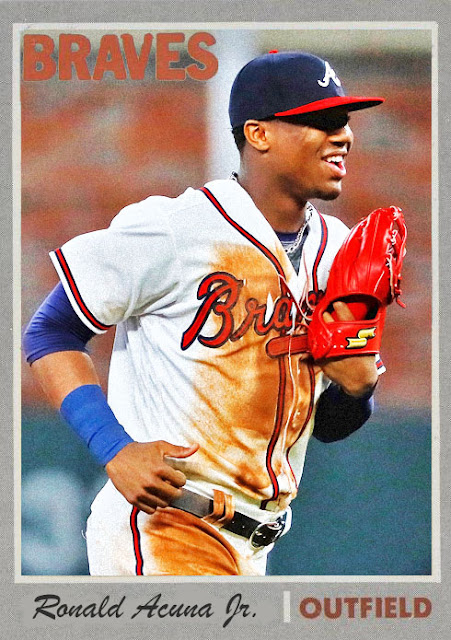 Alright, I've prolonged it long enough- my, Ronald Acuna is great at baseball.

Yes, Ozzie Albies has been more consistent throughout the season, but Acuna just came back from a brief trip away, and started owning the ball again, plowing through August and taking the team by storm...which is what we all thought he'd do in, like, May or something.

And he picked the best season for his come-up: not only are the Braves in first, but they have outlasted the Phillies, and are in a relatively good position in the NL. Right now, they're seeded second, and look to play whoever wins the NL West in the playoffs, which could be...again, any of the big three in that division, to be honest. The Braves have the high ground because they have the bigger division lead, and are deferring to the Cubs only by a few games.

Also...the Braves are surprisingly October-ready. I don't know how this team got into shape so quickly, but they've got a well-stocked lineup, with only Dansby Swanson hitting below .250, a nice bench, with Charlie Culberson making up for Adam Duvall's inadequacies, and a strong rotation, with Kevin Gausman earning his place among the Newcomb-Folty-Teheran-Anibal arrangement. The bullpen isn't perfect, with AJ Minter taking over for oft-injured Arodys Vizcaino as closer, but the O's additions have definitely made things work.

And plus, this team is proof that a squad can exist with both a youth movement and a steady veteran presence. Freddie Freeman and Nick Markakis can work alongside Albies, Acuna and Swanson, without there seeming like there's dissonance. It's a nice, cohesive unit, which is more than I can say for Philly right now (who's excited for my This Trade Makes No Sense post on Joey Bats tomorrow??)

Coming Tomorrow- We've got a month left, and already the Twins' German delegate is surrendering.
Posted by Jordan at 8:45 PM