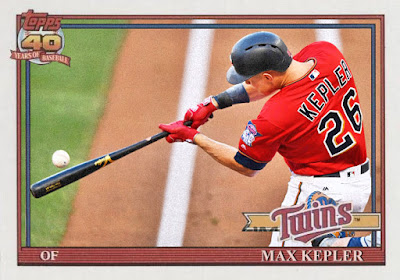 And now, a moment with one of the AL Central teams that isn't the Indians. SPOILER: things aren't going well.

The Twins have shed a lot of their former semi-dominance, dealing Lance Lynn, Brian Dozier, Fernando Rodney, Eduardo Escobar and Ryan Pressly to other teams, and only gaining a surprisingly spry Logan Forsythe and the handy playing time of Tyler Austin in return. They're limp, tired, and the youth movement isn't doing too many favors, only yielding Jake Cave and Mitch Garver, and barely using the strengths of their standouts, like Max Kepler, who's having a comparatively down year, but still has a bunch of home runs because of course he does.

Look, the Twins are 13 games behind, are well under .500, and yet are the second place team in this division that is definitely going to the Indians, because of f--king course it is. And even if they are in second place, and are another 8 games ahead of the Tigers, therefore DESERVING TO BE in second place...like, the 4th place San Francisco Giants are better than them, and they're without Posey AND Longo.

On the bright side...Eddie Rosario and Jose Berrios. If they stay Twins, and are built around, the Twins might be okay after all. But after Sano and Buxton failed them essentially, and Santana disappointed after being handed the ace card, they need to be careful about who they're trusting the franchise to.

Coming Tonight: He played for my team, won a World Series...then left for a team he thought would lead him back. They didn't. So he's playing for the Cubs.
Posted by Jordan at 9:14 AM