Thinking Realistically About the Red Sox in October 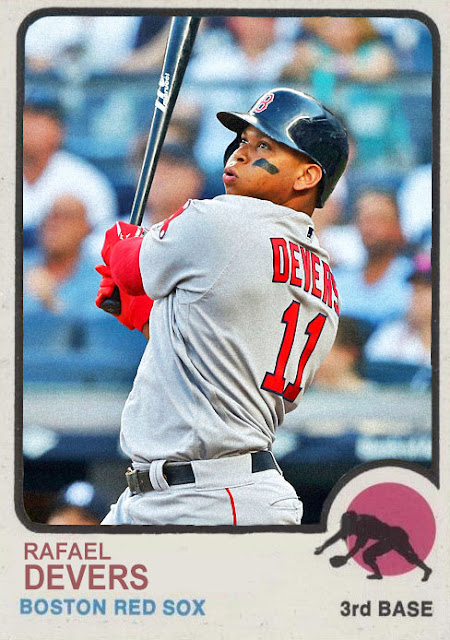 Okay, lemme clarify. THE RED SOX WILL DEFINITELY BE PLAYING INTO OCTOBER. I mean...look, they're at 90+ wins. They're gonna hit 100, there's 30 games left, and they'll win more than 1/3rd of the games they have left.

But...now we start to think critically about the Red Sox' chances past the first round of the playoffs. Because it has been ESTABLISHED that the Red Sox are the best team in baseball, as their lineup is surging, their rotation is strong, and everything seems to be going right for them. Which is nice for baseball...if problematic for Yankees fans.

So...assuming they will get 1st seed...they will be playing either the A's or the Yankees. Or possibly the Mariners. Hell, if the M's manage to win 4th seed, expect Boston to advance indefinitely. But the A's and Yankees will both give the Red Sox a fair fight. I feel like it'd be easier right now to defeat the Yankees, as the Sox seem to be proficient in outlasting the Yankees. Either way, with the current momentum the Sox have, they could possibly defeat either one...but it's a question of whether or not the A's or Yanks can accumulate the same momentum. Either one could.

The odd part is, I feel like the Sox might have an easier time with either the Astros or Indians in the second round, than either Oakland or New York. Both WC teams might be streakier, and with more to fight for at the current moment, they may have more momentum than the teams that have defined seeds at the moment.

The Red Sox...still might be the best of these teams...and I can conceivably see them making it to the World Series...and possibly winning. But then again, I'm saying this a month before regulation ends, and several things could happen before then. All I'm saying is that if the Red Sox can keep this stretch going, the other teams may need to toughen up in order to conceivably take them down.

Coming Tonight: Yeah...that big Braves rookie that's heated up in the last month.
Posted by Jordan at 9:06 AM