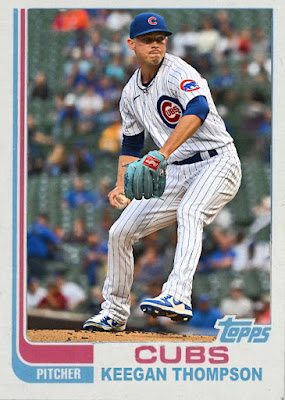 The 2022 Cubs are a team that outdid expectations. Many people thought that Willson Contreras would be in Houston by August, and he wasn't. He was in St. Louis by December. There's a difference.

The Chicago Cubs this year were good enough to retain a lot of their surging stars, such as Ian Happ, Nico Hoerner and the aforementioned Contreras, but not good enough to make a name for themselves as anything more than a good bad team. Their two big free agent signings, Marcus Stroman and Seiya Suzuki, made palpable but minimal impacts on the season. By the end, the load was being carried by a host of bit players and replacement guys, but in a completely different way than in 2021.

Like in 2021, Keegan Thompson was a surprise pitching asset due to his versatility and consistency. This year, Thompson was the only Cubs starter to notch 10 wins, and in 29 games, 17 of them starts, he had a 3.76 ERA and 108 Ks. Though the Cubs are still finding their identity, innings-eaters like Thompson and Justin Steele will be perfectly fine for the time being.
2023 Prediction: The rotation is looking like Taillon-Stroman-Hendricks-Steele-?, and Thompson may be fighting with Adrian Sampson, Javier Assad, Hayden Wesneski and Adbert Alzolay for that all-important fifth spot. I think he's got the best chance of anyone for it, but it'll be up to Ross and co. If not, he'll be a great swing-guy like he was this year. 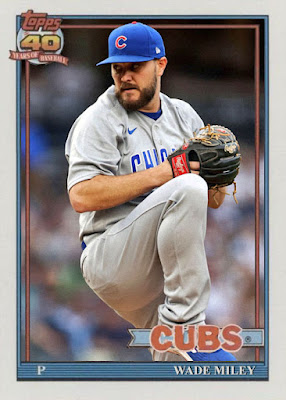 Another intriguing addition pre-season was trading for Wade Miley, who'd had an excellent 2021 with the Reds. Unfortunately, the same injury issue that limited Miley in 2020 struck again in 2022. In 9 games, the veteran had a 3.16 ERA and had 3 more hits than strikeouts.
2023 Prediction: Will make around 10 or 15 starts for someone midway through the season and do some impressive things. I'm betting it'll be his last season, though. 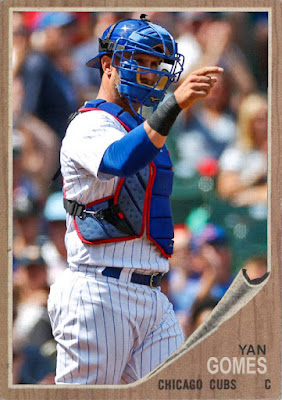 With the promise of a mid-year Contreras goodbye, the Cubs stocked themselves with extra catching options as a failsafe. The most prominent one was former Guardians/Nationals hero Yan Gomes, who has been a serviceable backup lately. This year was no different, as he hit .235 with 65 hits in 86 games, and led mostly with his catching abilities.
2023 Prediction: Part of me actually thinks the Cubs will make an effort to sign this guy again, but logically he'll be backing up someone in a non-competitive market. 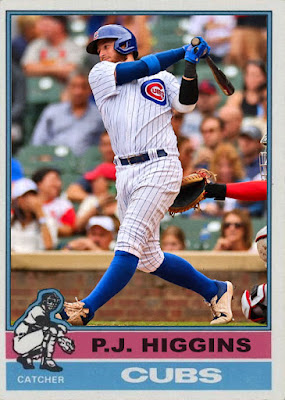 Then, once July hit, I really began to think Contreras was on the way out because longtime farmhand and catching prospect P.J. Higgins was A.) in the majors and B.) hitting really well. Higgins was hitting .343 in June, with 12 hits and 5 RBIs in 16 games. Things did peter off, especially in August, but he was a surprising addition to the fold that held some legitimate promise.
2023 Prediction: I don't think the Cubs have much of a place for him. Maybe they throw this guy into the ring as a starting option, much like they did with Patrick Wisdom at third, but I don't know if he's ever gonna be a trusted MLB starter. 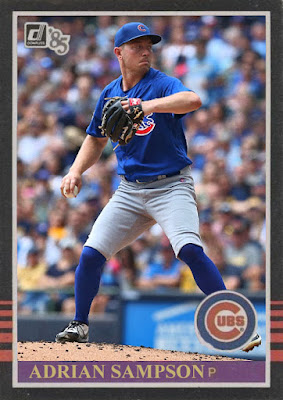 After spending a year in the Korean leagues, former Mariners/Rangers pitcher Adrian Sampson returned to the majors with a vengeance. While he showed a decent preview of his new skills last year, with a 2.80 ERA in 20 games, Sampson was used even more by the Cubs in 2022, becoming a prominent starter and posting a 3.11 ERA in 21 games, 19 of them starts. He had 73 strikeouts in this time, and a 2.1 WAR, the fifth-highest of any Cub.
2023 Prediction: Unless he has a monster spring in Arizona, I don't think the Cubs are going with him for the rotation right off the bat, but he will probably handle a ton of work for them as the season goes on. May not be as consistent as this year, though. 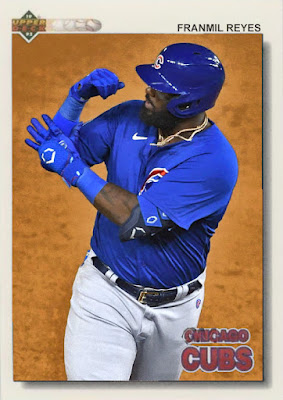 And then, after the very-young Guardians dropped him for his lack of efficiency, Franmil Reyes took a job with the Cubs as a DH. Reyes only had 19 RBIs and 5 homers in 48 games in Chicago, but it was an upswing from his dreary first half in Cleveland, and proof that he can still be relied upon for power.
2023 Prediction: Somebody like the A's or the Pirates picks him up as a power bat, and that goes somewhat well for him.

Tomorrow, as is custom as of late, a surprisingly large amount of Diamondbacks.