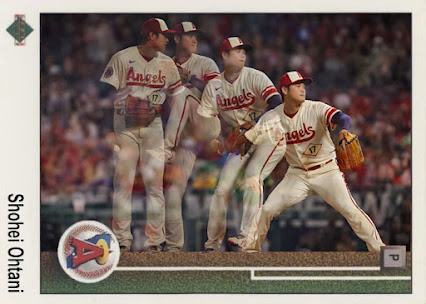 It is time once again for Uncustomed Heroes, the part of the year where I spend all of December tackling notable players from each team that I couldn't make a custom card of during the regular season, as a way of tying up all the loose ends of the season.

As usual, since we go alphabetically, we start with the Los Angeles Angels. In May, they looked to be the victors of the AL West, had a phenomenal start on the heels of Taylor Ward and Michael Lorenzen, and then...they lost all the momentum and the Astros won the division anyway. And it's not that there weren't highlights for the Angels after that, it's just that if you're that good for the first month and a half and then you just...decide not to be, it's gonna be hard to get eyes back on you. So the rest of the season for the Angels consisted of a lot of mediocre baseball, in addition to Ohtani and Trout doing incredible things. Like usual.

I did, actually, do a Shohei Ohtani custom this season, because how could I not, but it's the kind of thing where when Ryan Cracknell of Beckett says, in the middle of the night, 'hey can anybody do a 89 Upper Deck custom of this Ohtani photo', and you have all the photoshop ability that I have, ya kinda can't not. 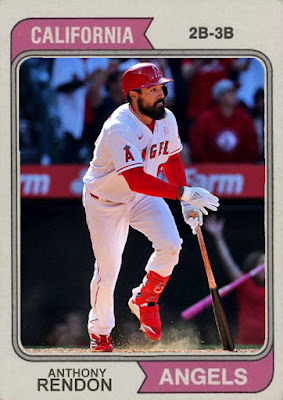 Alright, onto the actual Uncustomed Heroes. Anthony Rendon, who, you'll remember, was signed by the Angels in 2020 with the hope that he'd bring his contact and five-tool abilities to the 3rd base position for the foreseeable future in Anaheim. It, uh, hasn't exactly gone as planned. Rendon's only full season has been the pandemic-shortened 2020 campaign, and he's only played 40 or 50 games in the other two seasons. This season he had a decent start, and played some solid defensive 3rd base only to hit .229 and not make any impact at the plate. Then he got injured and only resurfaced around October.
2023 Prediction: 2023 will likely be Rendon's best year of the Angels contract, and the closest to his Washington numbers. 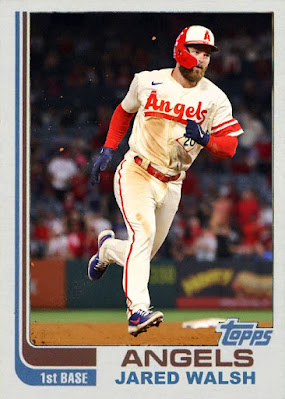 Jared Walsh's power numbers were helpful when the Angels were surging, but his strikeouts stood out more when the team tanked. Walsh hit .215, and led all non-Trout/Ohtani Angels in strikeouts with 138. Walsh also only hit 15 homers, 2 less than Luis Rengifo. It was a down year for the once-trusted 1st baseman.
2023 Prediction: Walsh will definitely hit more than 15 home runs next year. I'm not certain that all of them will be for the Angels, though. 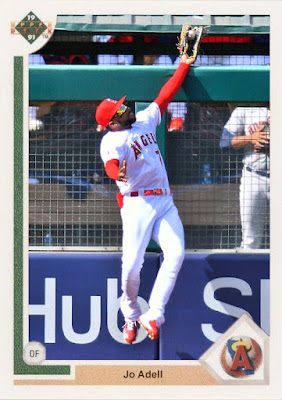 Another year, another patient wait til Jo Adell starts hitting like the prospectors said he would. Adell is still an excellent defender, as this photo should tell you, and reached career marks in home runs and RBIs this year, but...once again, his lack of offensive production is making him less and less of a choice to start, and this year he managed 107 strikeouts in 88 games. Jo Adell is a lot like Jarred Kelenic, in that something is bound to happen eventually, but it's a matter of whether or not the team is willing to wait for it.
2023 Prediction: One absolutely incredible month in the majors. 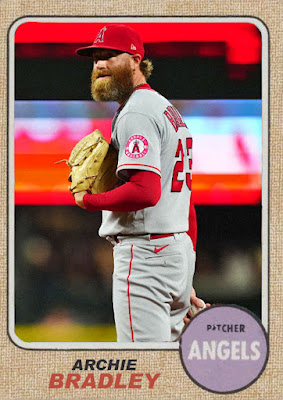 Archie Bradley is a world away from where he was in Arizona. I think he was better off as a middle relief man, and that's what he's been doing in LA and Philly, but he's also not quite as consistent as he was for the D-Backs, and the cracks have begun to show. He's also a ton more injury-prone, and he only played 21 games this year, with a 4.82 ERA and only 15 Ks. I assume he'll keep playing somewhere, but at this point teams might be chasing the dragon with him.
2023 Prediction: Non-competitive team signs him to a 1-year deal, finishes the season with a competitor. 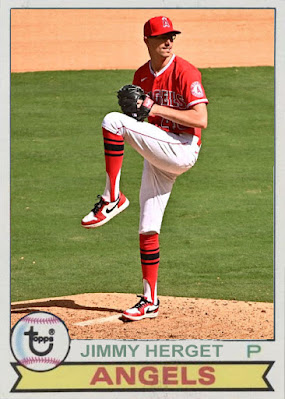 The big relief weapon for the Angels, especially in Raisel Iglesias' absence, was Jimmy Herget, the former Rangers arm. Herget impressed in 49 appearances this season, with a 2.48 ERA, 63 Ks and 9 saves. Herget brought a level of consistency that even hired relievers Aaron Loup and Ryan Tepera couldn't muster, and it didn't go unnoticed.
2023 Prediction: A comparative down year, and one that may result in a change in teams. 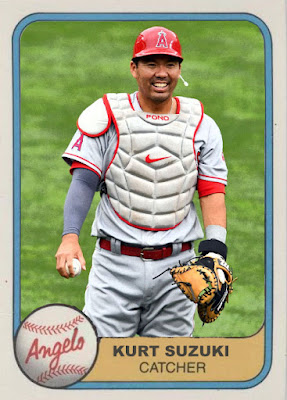 Kurt Suzuki has been playing since 2007, the year I got into the hobby, and he retired as a member of the Angels. While Zuk was mostly backing up Max Stassi, he pulled some decent enough numbers, and had 4 homers and 15 RBIs, though a lot of his stats were very befitting of a guy who's about to retire. I'm glad he got to play for 16 years, that's a long career for a journeyman catcher, and I'm glad he got a ring out of it with Washington. 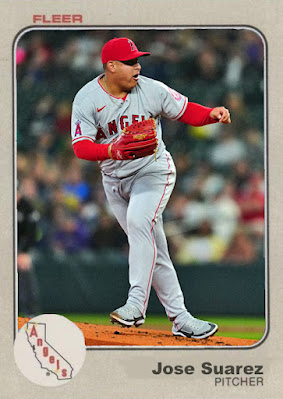 As per usual, the set Angels rotation at the top of the season faltered, so Jose Suarez had to come in late in the season and take on a ton of innings. This year he did a ton of work, with a 3.96 ERA and 103 Ks in 22 appearances, 20 of them starts. Suarez proved himself a useful innings-eater and holdover for the departures of Noah Syndergaard and Michael Lorenzen.
2023 Prediction: If there's a just deity in play, Suarez makes the rotation out of camp, stays in their all year, eats innings and boosts a free agency/trade case for better teams. 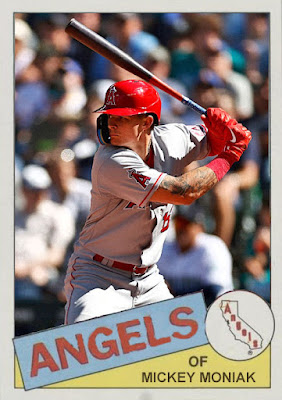 And finally, the Angels' most intriguing trade deadline acquisition, coming in exchange for Noah Syndergaard, Mickey Moniak was...well, yet another blown high draft pick by the Phils. Moniak was supposed to start the season in center field after a scorching spring training, but then he got hurt, lost the gig to Odubel Herrera, Matt Vierling and, eventually, Brandon Marsh. Moniak's Angels numbers were similar to his Philly ones, as he hit .200 with 3 homers and 6 RBIs in 19 games. Not exactly a #1 overall pick season, but as a 24-year-old, Moniak still has time.
2023 Prediction: Either he makes his mark early or he's off the team by July.

Tomorrow, some rare 2022 Astros I didn't get to customize.