Top 10. The ones a lot of people have been waiting for. Let's get to it. 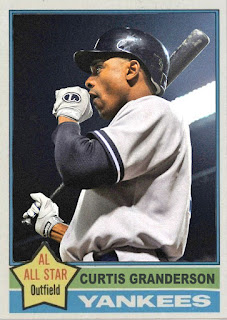 #10- Curtis Granderson, Yankees
The Second Coming of Dave Winfield needed a good custom. So, I gave him one. One that has a nice show of light, and how it's reflected onto his uni. It's a powerful shot, one shot from below. In terms of photo, I was torn between that one and one that had a fisheye lens like last year's Reyes. I'm glad I chose this one. 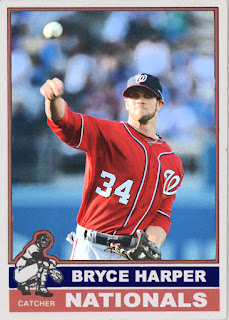 #9- Bryce Harper, Nats
Yeah, because he needed a good one. The shot basically just spells out 'spring', as it has potential, springs youth, and is a nice, hopeful shot of a young prospect. The only flaw was that I used his college position, but what do you do. 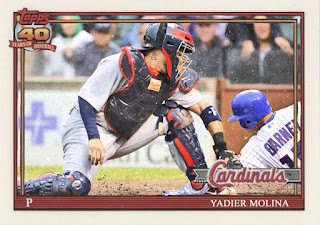 #8- Yadier Molina, Cardinals
I feel like I make a good Molina custom every year, with last year's nice catcher's mask shot. This one, you catch the rain, you catch the sliding cub, you catch his tattoos, and you catch the crowd. It's a great shot, subdued aways, but still great. 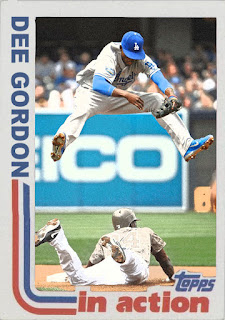 #7- Dee Gordon, Dodgers
Now Dee didn't have the season we all wanted him to, but just look at that card. The shot is magnificent, the color is just right, the background is just as prominent. If I could, I would have zoomed in a bit, but that is great as it is. 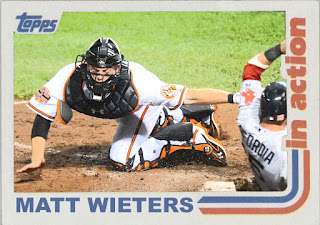 #6- Matt Wieters, Orioles
The greatest Oriole never to have a Topps card. I've given him four in a row, and four good ones too. Don't think Topps can say that. 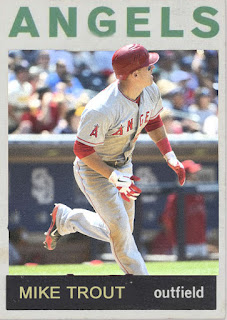 #5- Mike Trout, Angels
The other big rookie this year. I made one of him last year, but it wasn't very good. I toned the color down on this one a bit, just enough to make it seem a bit older. The way I cut his head into the design was nice, too. A fun card for a fun player. 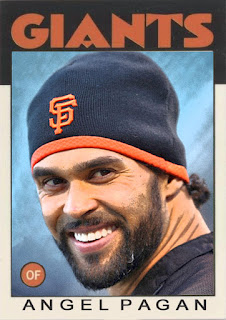 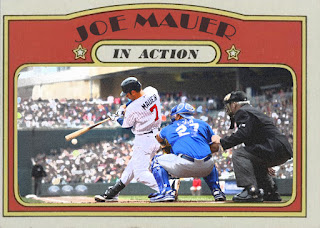 #3- Joe Mauer, Twins
When I made this, I already knew it was one of my best. The crowd, the up, the shot of the hit, the catcher, the number well colored. All these elements added up to an amazing custom, and one that is up there in the best of. The design only adds to this greatness. 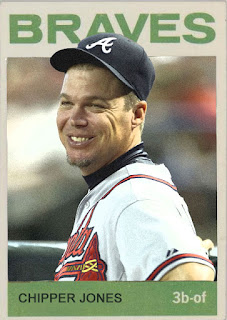 #2- Chipper Jones, Braves
I knew this would be his last season, and I wanted to make one that would truly reflect the great career he had. Mission accomplished. 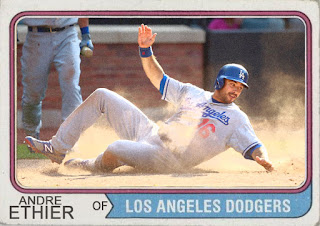 #1- Andre Ethier, Dodgers
The story of the Dodgers was insignificant, but this card had a nice one. All this year, The Fan, one of my most loyal custom requesters, had asked for an Andre Ethier, even if he wasn't performing. I needed to wait it out, until a few other Dodgers I made had time to breathe. Then, I made this. The cloud of dust settles nicely, as does the colors on his uniform. The way this reacts to light makes it even better, and makes it one of the many great sideways shots. I think this one's amazing, and one of my best.

So, there you go. 40 amazing customs. I bet you can make another batch of great ones next year.
Posted by Jordan at 11:34 PM