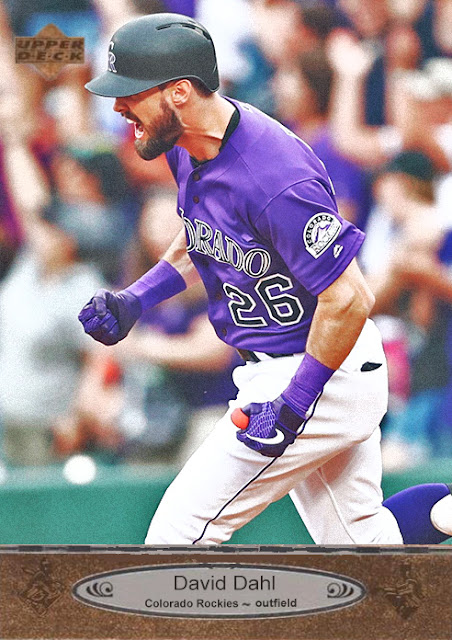 Kind of weird that a team that seems to have a lot of its roster, including its lineup, set in stone, is in last place in the NL West.

Look, with this division in its weirdness, a bad week can land a team in last, and recently the Rox have had several bad weeks. The entire month of July was atrocious for this team, with so many consecutive losses, and only 6 wins throughout the entire month. It's not really indicative of the team, as it's really the rotation that's slipped a bit, and Wade Davis has become less consistent.

The lineup is...pretty damn solid. The obvious standouts are Charlie Blackmon, Nolan Arenado, Trevor Story and Tony Wolters, but...David Dahl has come into his own in the outfield, and has platooned with Raimel Tapia and Ian Desmond for a relatively strong outfield combo. Hell, even Ryan McMahon has looked sharp, which definitely helps, considering that he looked pretty pathetic last year. And while Daniel Murphy's numbers are the most pedestrian that they've been since his Mets days, he's still got 59 RBIs and a .289 average, which isn't bad.

I honestly doubt this team will spend a great deal more time in last, considering who's on, and what's working. They're tied with the Padres for last, and they have a bit less right now, but...the Rockies' starting pitching, aside from Jon Gray, has become a bit more concerning, and the ERAs are the type of high that can be expected from Colorado.

I'm not thinking they're gonna accomplish much else this season, but the goal should be to stay out of last. Shouldn't be too hard.

Coming Tomorrow- Speaking of last place teams, this guy's looking like a serious performer for this specific one.
Posted by Jordan at 9:31 PM