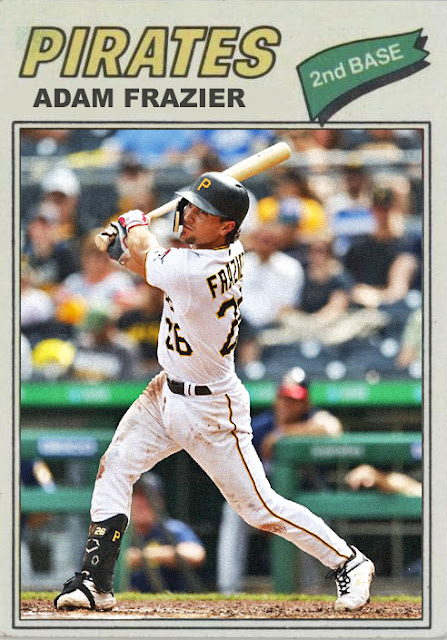 I was not prepared for how many games the Pirates were going to lose this year.

Like, I knew they'd be disappointing and be a 4th-5th level talent that wouldn't come close to the big 3 in the NL Central, but...this is just humiliating for them. Even with some genuinely good pieces, an intact lineup, and some great arms...this Pirates team has lost 75 games.

I'll give the Pirates this: only one member of the team has more than 100 strikeouts, and it's Josh Bell, who's still having a star-making, 100-RBI/31-homer season that will get the rest of the league to pay attention to him. This is also the last season of Starling Marte's contract, and he's had a pretty good year, with 22 homers and a .288 average. Plus, Jose Osuna's been hot off the bench, the Reynolds/Newman combo has been wonderful in keeping the rookie class strong this year, And you still have guys like Adam Frazier and Colin Moran who can quietly get hits and RBIs without people saying much about them.

The pitching is...alright now. There have been some injuries, but Joe Musgrove, Steven Brault, Dario Agrazal and Trevor Williams are still pretty reliable. Felipe Vazquez has 22 saves and Francisco Liriano has a 3.64 ERA off the pen, so that's gotta count for something. No, the pitching's kinda tanking because it's too spotty, and there are too many holes left by injuries and inefficiency. They've been saving space for this kid Mitch Keller, who's yet to really prove why he's such a beloved prospect. There still seems to be a ton of problems that a year-end clean sweep might not even solve.

I don't think the Bucs are at the point where it'll be like the mid-2000s where they'll just be in 5th every year without trying. I honestly think they have a shot to try and compete if the bulk of this team returns, and if the rest is refurbished. There's a lot that could succeed with this team, and I just hope everything does in Pittsburgh.

Coming Tomorrow- I think we thought he'd be out of baseball by last June, but...after a comeback with Milwaukee and a HUGE return to form in Houston, he's here to stay.
Posted by Jordan at 9:06 PM