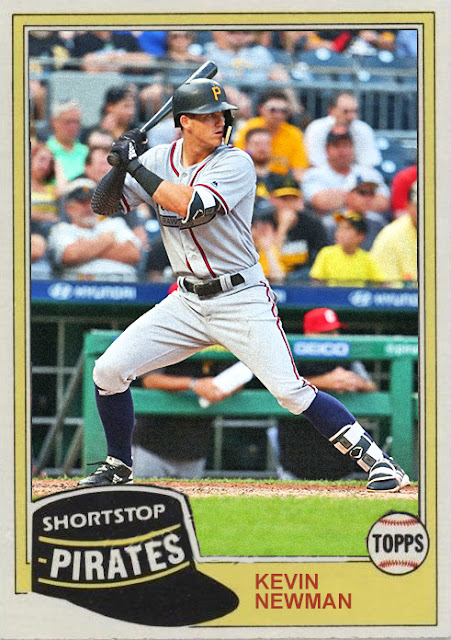 ...remember back in, like, May, when these guys were in fourth and actually had a chance?

The Pirates are now second-worst in the NL, and this has happened because the once tight-knit NL Central race has broken wide open, as now the Reds, in fourth are 7.5 back, and the Cubs, in first, are nearing 60 wins. Progress from the part when everybody was a win away from each other.

Good news is now that they're in last, there's less pressure. They can let guys like Bryan Reynolds and Kevin Newman blossom into great young players without the spotlight yelling at them. Newman is having a nice rookie year as well, hitting .311 with 95 hits and 37 RBIs in 82 games. Reynolds is batting .333, and is making up for the loss of Corey Dickerson. And Josh Bell is one of the best power hitters in baseball, with an MLB-leading 89 RBI, and 34 doubles. This guy is not only for real, he is the new Pirates superstar, and it sucks he's coming to form on such a subpar Pirates team.

And with Lyles gone, Taillon and Brault injured, and only Trevor Williams, Joe Musgrove and Chris Archer holding up the rotation, it's nice that Dario Agrazal is also having a nice rookie year, with a 3.65 ERA in 7 starts. And at least Felipe Vazquez is still on the team, he and his 21 saves. The team may be in last, but this is not a completely cooked team, nor is it a team that's gonna be massacred in the offseason. There's still a core that needs one or two pieces more to be completely developed, and that could take another year or so, but I don't think this entire incarnation of the team will have to be dismantled in order for it to happen.

The Pirates of yore, the ones who made the playoffs, may be gone, but...that doesn't mean the Pirates are gonna go back to mid-2000s levels of sucking.

Coming Tomorrow- The Astros needed a DH. And BOY HOWDY, DID THEY GET ONE?
Posted by Jordan at 9:27 PM