A Victory's A Victory, Even If It's Called After 5.1 Innings 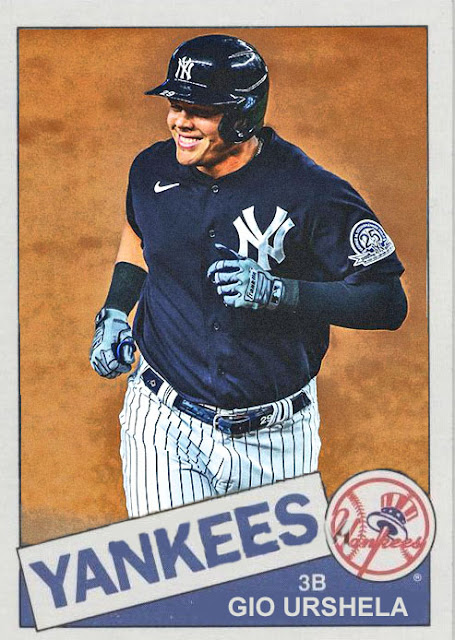 It's always nice to win the first  game of the year. It's even nicer beating the defending MLB Champs, the Washington Nationals.

Because of the fact that the rain cut this off in the middle of the sixth inning, there wasn't much we could really go by in terms of what this Yankees team is going to do this year, but  there were some good signs. Giancarlo Stanton hit a bomb off of Max Scherzer for the first homer of the season, Gerrit Cole went 5 innings strong while only allowing 1 hit [albeit a home run to Adam Eaton], Tyler Wade had a thrilling catch in the infield taking over for DJ LeMahieu as well as some steady at-bats, Gio Urshela got a nice hit in there, Aaron Judge hit to the same part of the outfield in two at-bats and collected his first two hits of the year, and the Nats looked embarrassed.

Are there still problems at this early stage? Well, Gary Sanchez struck out thrice. Even  if the pitcher is Max Scherzer, you've gotta be careful of that. Gerrit Cole's Yankee debut was spirited and stoic, but he only had 5 strikeouts compared to Scherzer's 11. Considering how K-heavy Cole was last year, it's definitely a very subtle start, but...again, it's early. You also just have  so many players like Sanchez, Aaron Hicks, Brett Gardner, Glebyer Torres and Luke Voit who couldn't accomplish anything last night against Scherzer, leaving a lot of the work to Judge and Stanton.

This is not a perfect showing for a first game...but it is Game 1 of 60 in a shortened season, and a 5.1-inning win due to rain. This won't be a  perfect season. Why should I expect a  perfect  Yankee team?

Regardless, I'm excited for the next phase, and I'm interested to see what this intro turns into.