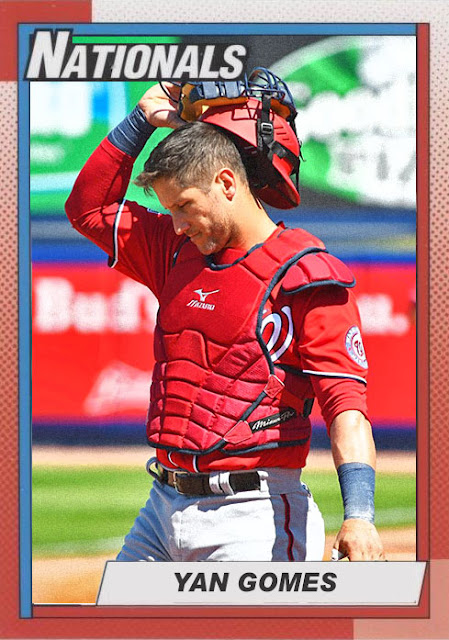 4 games into the season and the Nationals have the worst record in the NL East. There goes all that 'best team since May 2019' pomp.

The most frightening stat here is  that the impenetrable rotation of Scherzer-Strasburg-Corbin-Sanchez-Fedde has yet to earn any wins. The sole win went to Tanner Rainey. And despite the rotation combining for 29 strikeouts over 4 games, the team's 9-2 victory over the Yankees is now their sole one.

And look, this  team isn't playing BADLY per se- Robles, Turner, Cabrera and Thames are all off to nice starts. But the lack of leadership figures like Anthony Rendon, Bryce Harper, Ryan Zimmerman and now Juan Soto, is showing. Who does this team rally around now? Victor Robles? Adam Eaton? It's too hazy to say.

And after dropping another game to Toronto, who's beginning to rise thanks to both the inconsistency of the Rays and the COVID-induced stagnancy of the Yankees, the Nats are in danger of starting  this season with a losing  streak, which is something you don't want to do when every game counts more than twice as much. Is it an indication that the 2019 run came from luck and momentum? Maybe. But whatever overtook this team last year clearly hasn't gotten here yet, and it might take a while.

Also...kind of funny that the team that's leading the NL East 2-1 is the one where 17 guys  have tested positive for COVID. Just...interesting  to me. A progressively-sickened Marlins team can beat a healthy Phillies team. That's too ironic.

Coming Tonight: Good news is he's finally got a starting OF role again. Bad news is his Yankees mojo seems to have disappeared.
Posted by Jordan at 10:54 AM
Labels: Custom Cards, Nationals, Yan Gomes