The Luis Robert Moment is Now 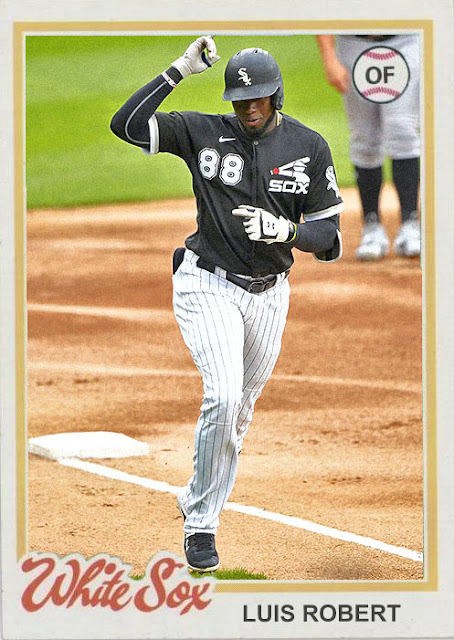 If this were a normal season, would Luis Robert had started the year on the active roster?

Yes. And he'd be starting  as strong as he is now if this were April. Time does not wait for Luis Robert. Luis Robert moves inevitably.

I kind of love that the White Sox farm system has organized itself so that we get a new, powerful rookie every year or so, both in the rotation and in the lineup. Yoan Moncada, Michael Kopech, Eloy Jimenez, Dylan Cease, and now Robert, and eventually Nick Madrigal, have progressed through this model, and the White Sox are beginning to turn up.

Today, most of the White Sox lineup came alive, including not only homegrown young guys like Leury Garcia and Eloy Jimenez, but pickups like Edwin Encarnacion and James McCann. Dallas Keuchel only had one strikeout, as he's become less of a strikeout artist since 2018, but he still held down the Twins for the win. Barring a Nelson Cruz homer, not much got to the Sox today, which is a nice change of pace.

I do like this new, replenished version of the White Sox that seems to be existing in 2020. It's troubling that Yasmani Grandal and Jose Abreu have been quiet so far, and that Giolito was imperfect yesterday, but this is a nice start for this team. If Robert keeps it up, his obvious ROY could happen. If the Sox keep it up, they could [also obviously] wind up in the Top 8 in the AL.

Coming Tomorrow- When he's not shouting things at Corbin Burnes, he's looking like his usual self in the Wrigley infield.
Posted by Jordan at 9:55 PM
Labels: Custom Cards, Luis Robert, White Sox