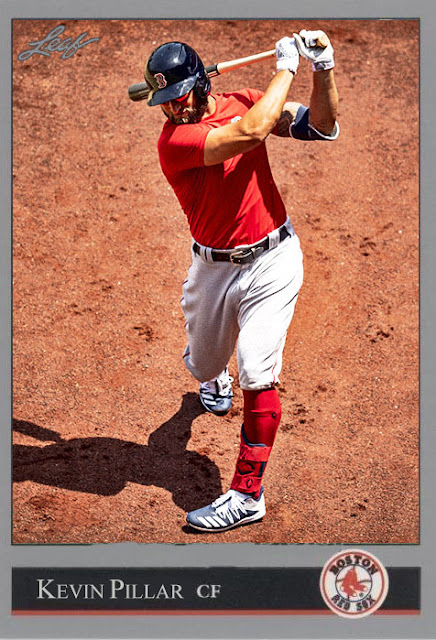 Well, uh...the good news is that  Kevin Pillar has a starting OF job on an AL East team again, and he's  leading the Red Sox in RBIs and hitting .500.

The bad news, at least for Red Sox fans, is that he's not Mookie Betts.

Betts-Bradley-Benintendi was an ironclad outfield that won a World Series and was the talk of fans and enemies alike. Now that Betts is in  LA, the dynamic has shifted. Benny isn't hitting, and while JACKIE BRADLEY CERTAINLY IS [who had 'Bradley hitting .600' on their '2020 first week' bingo?], there's an incongruence that's clear here.

As alien as the 2019 team felt without moving forward from the WS win, it feels weirder now. The rotation is almost completely dissolved, with Nathan Eovaldi, Martin Perez, and a strange cast of unknowns making up the new starting core. Jose Peraza is starting at 2nd, Jonathan Lucroy is getting reps at DH and catcher...this is a very 'work in progress' Red Sox squad. And they're not really trying to hide it.

The core of the team [Bogaerts, Benintendi, Martinez] is still there and performing, and they're all pretty much locked up, but...could trades happen soon? Could this be the first step of dismantling and breaking apart the once-trusted Boston core? As good as players like Pillar and Peraza are right now, their successes only mean that if the jersey heroes were to go, there would still be worthy people in the lineup. So...is the success of Pillar and Peraza a bad thing?

Or will they just be trade bait anyway for competitors? The Sox may be out of the conversation in 2020, but what is their long game?

Coming Tomorrow- Catcher for the World Champions. They just dropped 2 to the Yankees and 1 to Toronto. And it gets worse.
Posted by Jordan at 9:40 PM
Labels: Custom Cards, Kevin Pillar, Mookie Betts, Red Sox